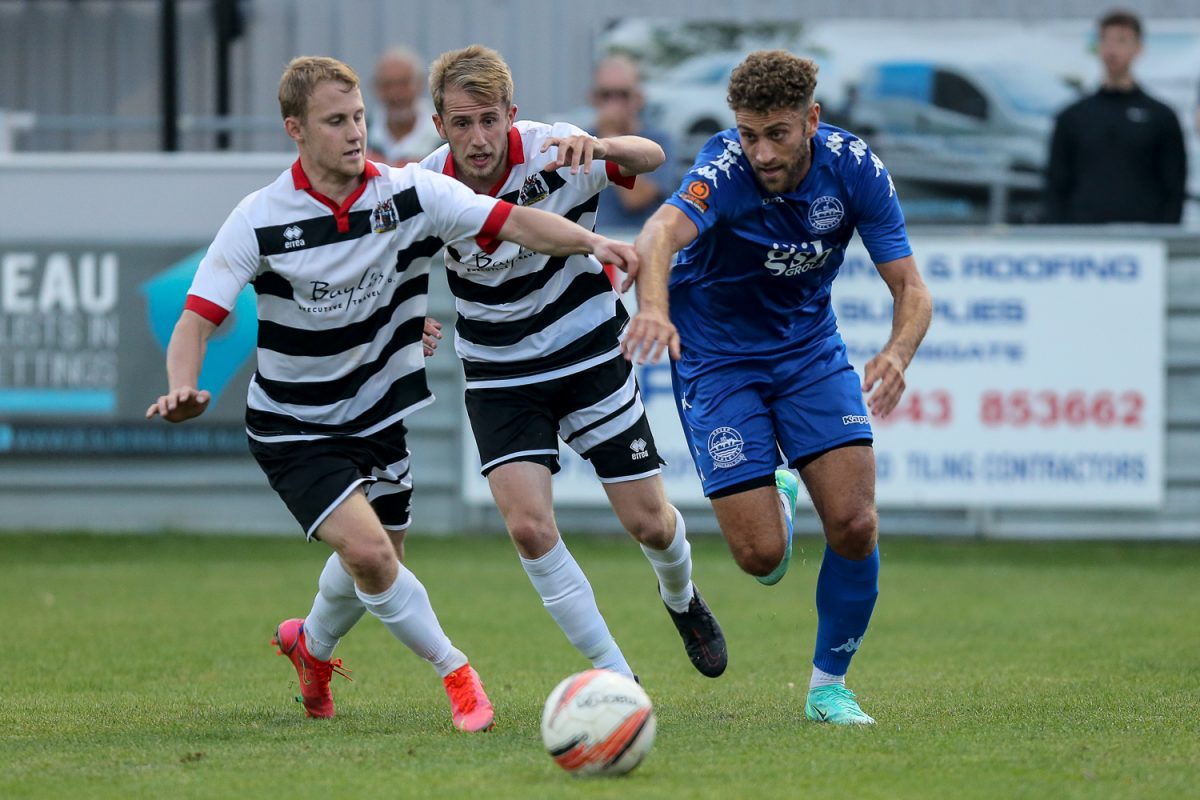 Ben Williamson marked his Dover debut with a goal as Andy Hessenthaler’s squad got some more valuable minutes into their legs at The Charles Ground.

The frontman, who joined us in June, scored the third and final goal after coming on at half-time, one of seven changes made during the interval as the manager gave some trialists their opportunity to impress.

It was a trialist, the only one in action in the first half, who opened the scoring inside the opening 15 minutes before Ricky Miller doubled the lead 10 minutes later with his third goal in two games.

Hessenthaler rang the changes at half-time with only captain Sam Wood, TJ Bramble, goalkeeper Josh Bexon, and Jake Goodman remaining on the pitch from the starting line-up.

Williamson ended the scoring in style, firing home with a well-placed shot into the bottom corner from outside the box.