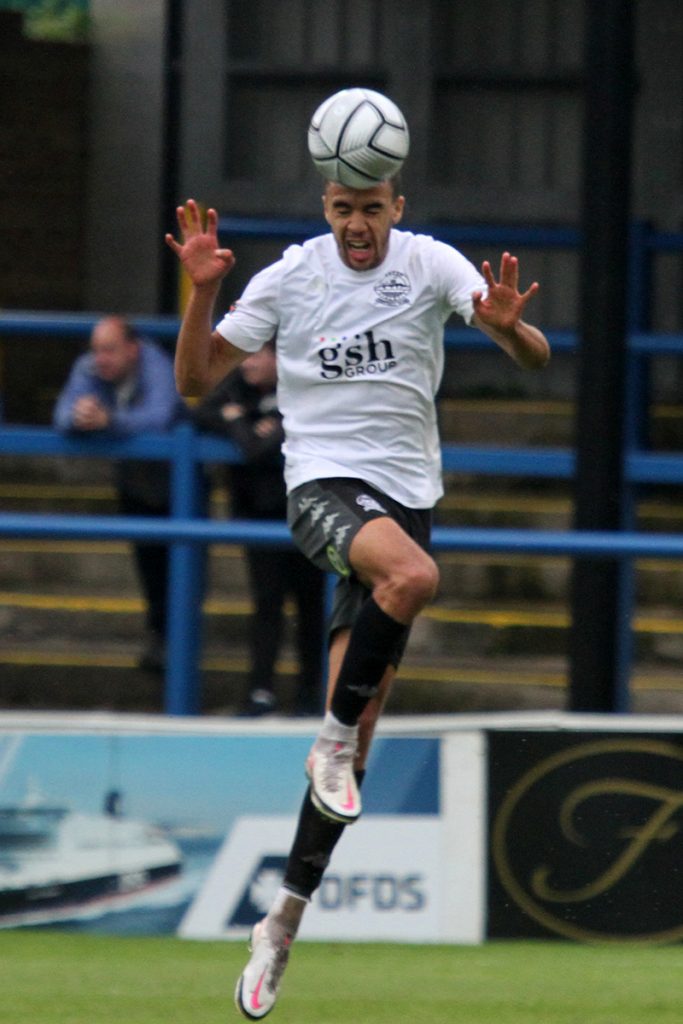 Dover earned their first point of the season as they held promotion chasing Chesterfield to a goalless draw at Crabble.

Whites will be the happiest of the two sides in a game that lacked any real clear cut chances.

Earlier on in the day, Whites boss Andy Hessenthaler made one change from the defeat to Altrincham last weekend, with Jake Goodman replacing Ricky Miller.

Dover almost went ahead inside 10 minutes when visiting goalkeeper Scott Loach could only parry Aaron Cosgrave’s shot towards Koby Arthur, however Spirerite captain Gavin Gunning would get there before the onrushing Arthur to clear the ball out of play.

Gunning then almost showed what he could do up front as he headed over from Jak McCourt’s corner.

Kabongo Tshimanga then had a great chance to put the visitors ahead shortly before the break, but Josh Bexon made a great save to deny the striker.

Down the other end, Travis Gregory went close to putting the home side ahead, but his shot from outside the area flew into the hands of Loach.

The away side looked to start the second half strong and almost took the lead after Calvin Miller did well down the left hand side before crossing the ball along the face of goal, however nobody was on the end of it to poke the ball home.

Liam Mandeville then went close as the visitors continued to look for chances. Danny Rowe found Tshimanga, who in turn found Mandeville, but the forward could only strike over the bar.

In the final 10 minutes Gregory and second half substitute Miller both had chances from the edge of the box, with Loach smothering Gregory’s shot before Miller shot wide.