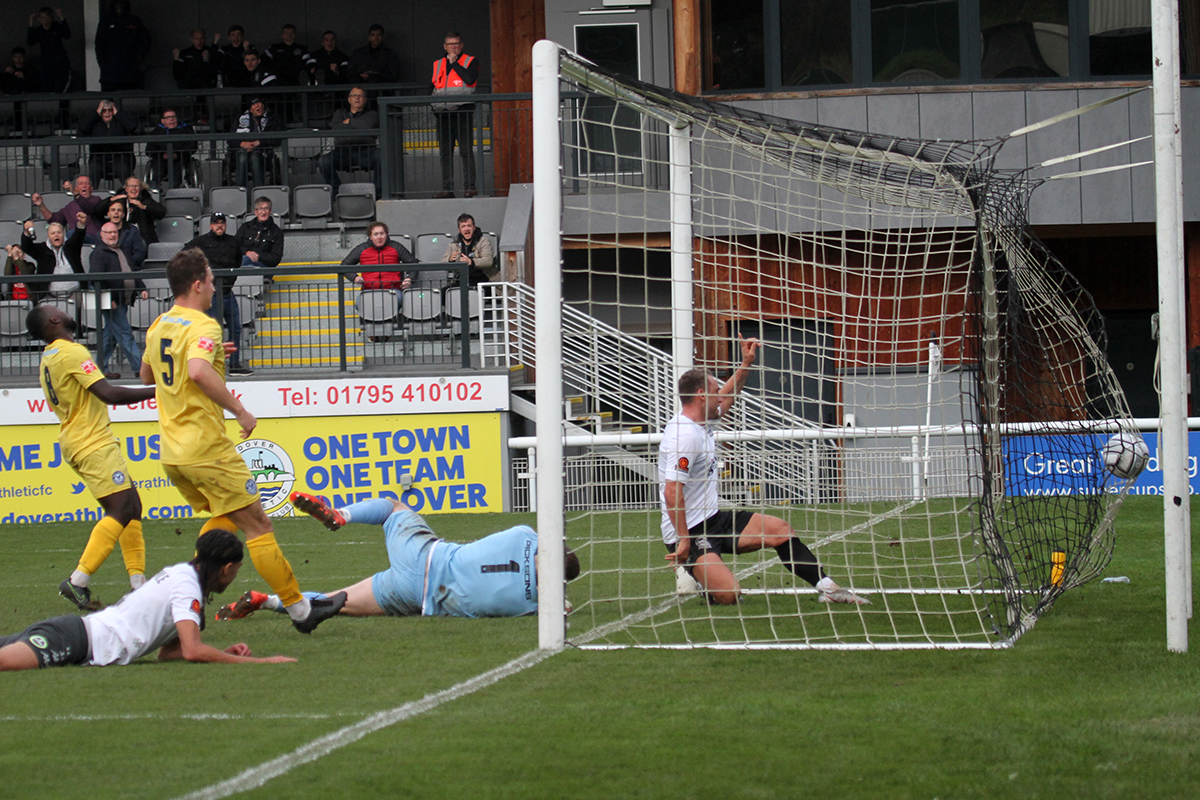 Ricky Miller’s first goal since his summer return to Dover ensured the club lived to fight another day in the FA Cup after earning a replay at Yate Town on Tuesday.

Miller came off the bench for the second half and scored the equaliser for Andy Hessenthaler’s side in the 61st minute after Olly Mehew had given The Southern League Premier Division South side an eighth-minute lead.

Whites finished the Fourth Qualifying Round tie with 10 men after player-coach Reda Johnson was sent off just 18 minutes after coming on as a second-half substitute.

Dover started well enough and captain Sam Wood, who was playing in midfield rather than his usual left-back, saw his effort saved by Yate goalkeeper Andy Hannah.

But it was Yate who opened the scoring, and with their first attack, when the unmarked Mehew tapped home captain Dave Sims-Burgess’ cross

Dover pressed for an equaliser and Hannah saved well from Aaron Cosgrave and Yannis Drais.

Midfielder Drais’ game soon came to an end after a horrible collision with Yate defender Will Tunnicliff saw the Frenchman leave Crabble in an ambulance with a rib injury.

He was replaced by Ryan Hanson, who was making his own injury comeback following a knee injury.

Miller got his side back on level terms when he scored from close range following good work by the impressive Cosgrave.

The team from Gloucestershire looked to take advantage of their extra man and almost won it in stoppage time when Sam Kamara’s shot from outside the box whistled just wide of Adam Parkes’ post.

Earlier, Millwall loanee Junior Tiensia came back into the side after missing the past four games through injury in place of injured midfielder Koby Arthur.