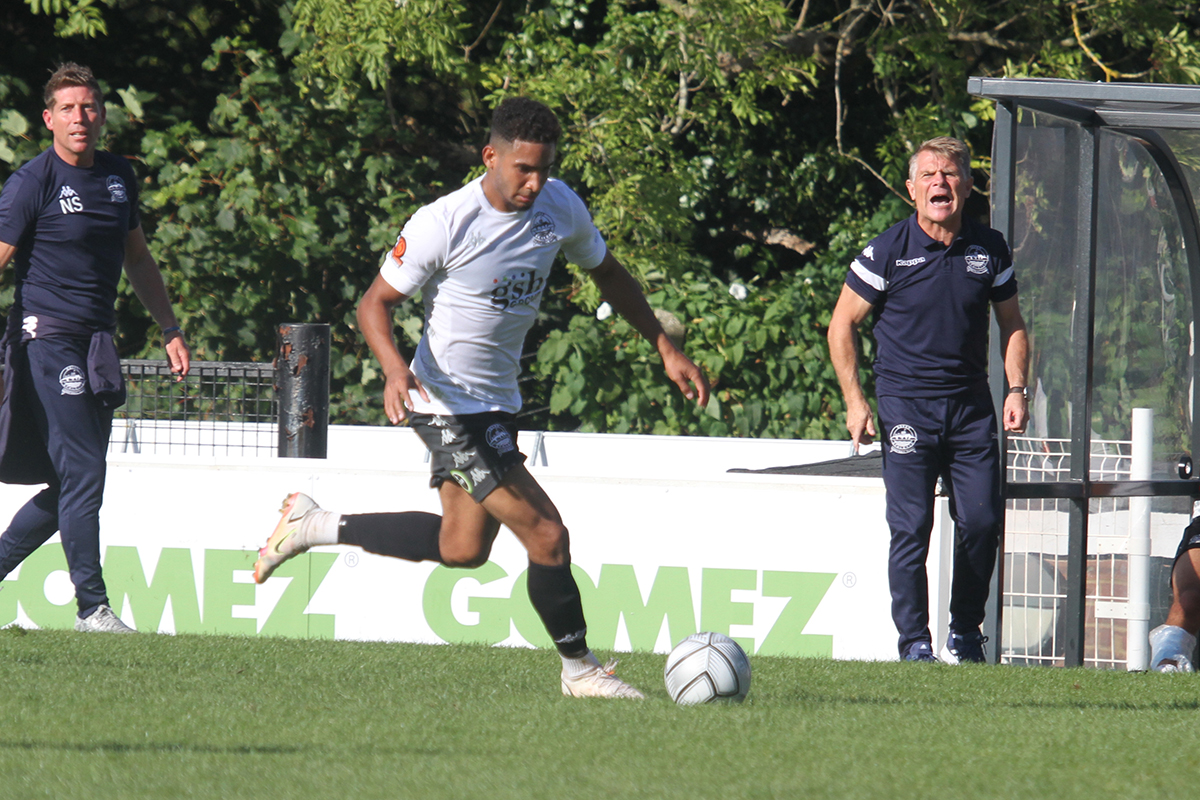 Despite scoring for the first time at Crabble this season, Whites continue to look for their first National League win after a home defeat against Aldershot Town.

Tommy Willard gave the away side the lead from a counter attack, before Aaron Cosgrave scored his and Whites’ first goal at Crabble this season to level.

Aldershot retook the lead through Toby Edser in the second half and despite efforts from Dover, they held on to take all three points.

Earlier in the day, Andy Hessenthaler made two changes from the defeat to Grimsby on Saturday, with Cosgrave and Ricky Miller coming in for Matt Bentley and Khale Da Costa.

Cosgrave almost gave Whites the perfect start within the first five minutes, however after getting past an onrushing Mitch Walker, the angle closed on him and the attacker was forced to look for options, which he almost found in Miller who was running into the box, but the pass just missed the foot of Whites’ number nine.

Moments later, Miller did get a sight at goal, but after receiving the ball outside the area, his shot was blocked by the defence.

Chances kept coming for Whites and it was Miller again who would’ve felt like he should’ve done better. Cosgrave did really well to collect a long ball before beating a defender, but after getting it into the box he squared it towards Miller who mistimed his shot with it being easily cleared.

Despite looking good coming forward, Whites needed loanee goalkeeper Adam Parkes to keep the score level when Korie Andrews ran down the right and after beating a couple of defenders fired his shot, but the goalkeeper did well to keep it out.

Cosgrave kept looking to come forward and almost gave Whites the lead, but after running into the box his shot was saved well at the near post by Walker.

These missed chances came back to haunt Dover as against the run of play, the away side went ahead through Willard. After breaking from a Whites corner, the Shots found themselves in a two on one situation with Andrews squaring it into the path of Willard to score into an open net.

First half chances were hard to come by after this, but Whites were almost level with a couple of minutes to go in the half after brilliant work by Koby Arthur who laid it off to Ben Williamson after running past three defenders, Williamson found space for a dangerous cross, however nobody could get onto the end of it as it was cleared.

Cosgrave looked dangerous throughout the whole game, and got his reward early in the second half with his first home league goal of the season. After collecting a long ball just inside the Aldershot half, the attacker found some space between him and the goal before running into it and opening his body up to shoot into the far corner from an acute angle.

Second half substitute Bentley almost completed the turn around with 20 minutes to go, but after picking up the ball and driving towards goal, he could only pull his shot wide of the target.

Edser reinstated the visitors lead with 15 minutes to go, smashing the ball past Parkes from inside the box after good link up play between Aldershot’s forwards.

Whites looked to come forward late on but Walker made easy saves from Cosgrave and TJ Bramble and Danny Collinge as the away side held on.