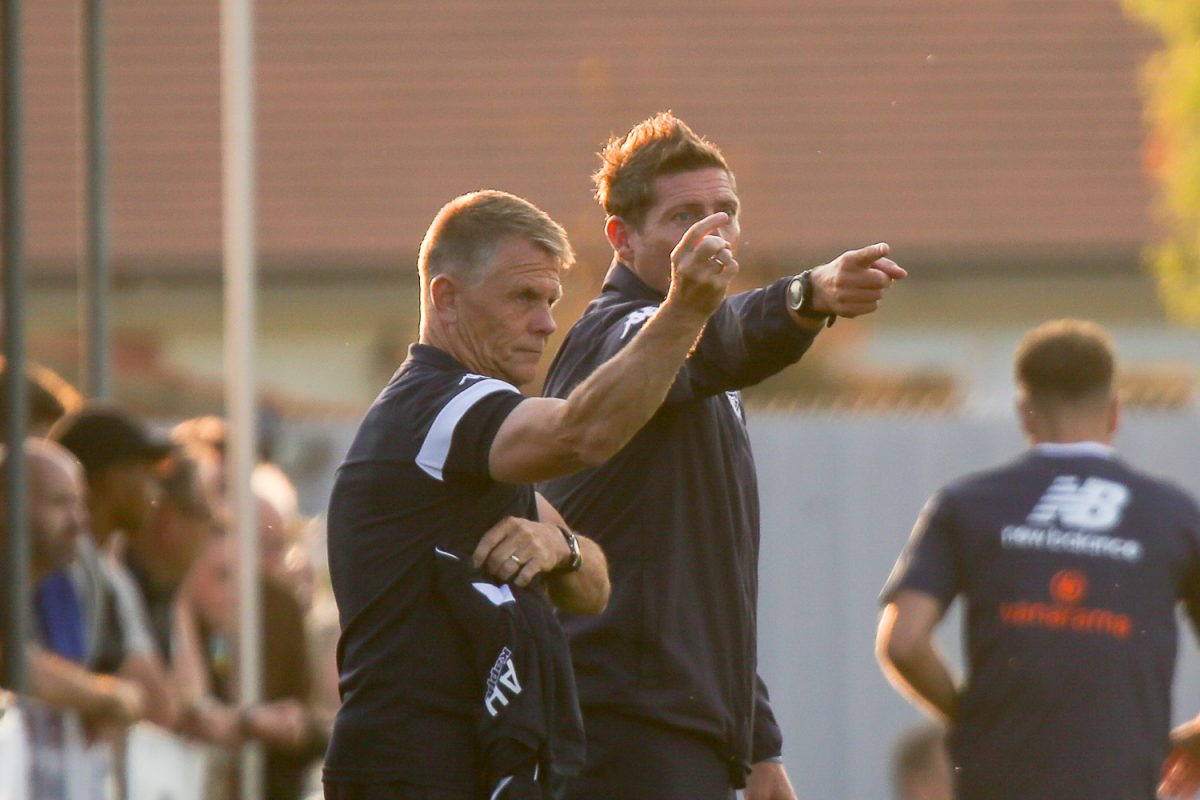 Despite coming from behind twice, Whites remain winless this season as they fell to defeat against Wealdstone on a cold night at Crabble.

Jayden Sweeney gave the visitors an early lead, but Harry Ransom levelled shortly after with his first goal of the season.

Joshua Umerah put The Stones back infront midway through the first half, but Henry Woods levelled for Whites with 25 minutes to go.

Moments later, the visitors took the lead for the third time as Sweeney got his second of the game.

The away side were ahead within five minutes through Sweeney when the defender found himself with the ball at the back post after a great cross from Rhys Browne. The defender had enough space to take a touch before firing it across Josh Bexon in the Dover goal.

Whites reacted well from going behind and were level five minutes later through Ransom as he latched onto the end of a Woods’ corner to back heel it into the back of the net.

That goal looked to give the home side abit of confidence but chances came and went for Aaron Cosgrave who first hit his shot just wide of the far post, before Ben Williamson’s great run couldn’t be finished off by the AFC Wimbledon loanee who couldn’t direct the ball the right side of the post.

These chances came back to haunt Whites as moments later the visitors were back ahead through Umerah who did well to shrug of Ransom before shooting across Bexon and into the top corner.

Substitute Jay Bird went close to doubling The Stones’ lead with just over half an hour to go, however after opening his body up for the shot, he could only aim his attempt wide of the far post.

Despite starting the second half slowly, Dover grew into it and after a massive goalmouth scramble, Woods collected the ball and smashed a shot from outside the box into the top corner.

However, they weren’t level for long as Sweeney got his second of the game, latching onto a Charlie Cooper cross to poke home.

Chances came and went late on, with young Noah Carney forcing two good saves from the Wealdstone stopper as Whites fell to their ninth league defeat in a row.