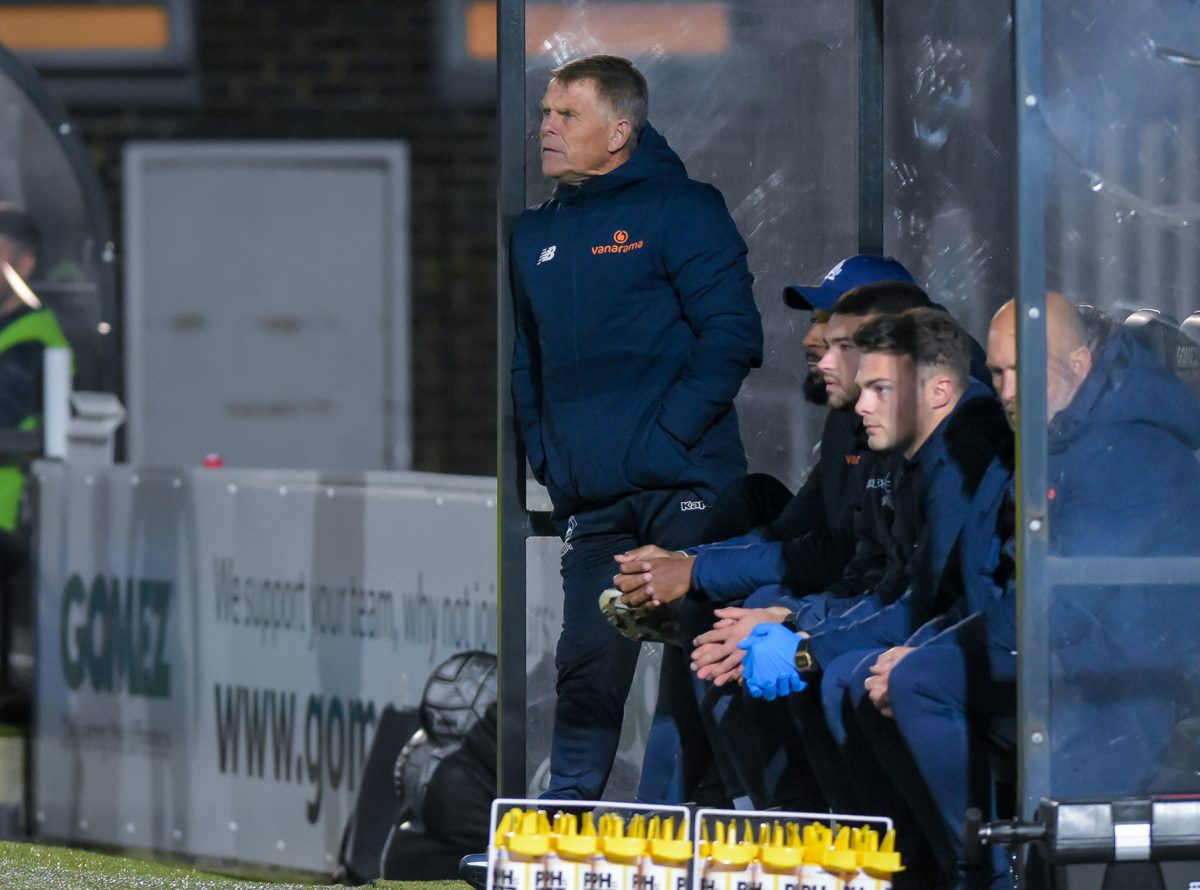 Dover’s winless run continued as they were defeated by Southend United at Roots Hall.

Rhys Murphy – a prolific goalscorer in the National League – scored twice in the first half to put his side into a controlling lead.

Dover made changes at half time and did look brighter, however went three down on the hour mark through Sam Dalby.

With 20 minutes to go, Ryan Hanson got his first goal for his hometown club as Whites looked go get back into the game, however moments later Southend’s regained their three goal lead through Jack Bridge.

Adam Parkes was forced into to good save early on after a cross into the box found Murphy, but the Watford loanee did well to deny the striker.

Murphy looked dangerous and went close for a second time in the first 20 minutes when a counter attack from the home side found its way to the ex-Republic of Ireland U21 international but his shot was just wide of the far post.

It would be third time lucky for the striker who gave the home side the lead on the half hour mark as the striker was in the right place at the right time to poke home from close range from a Zak Brunt corner.

The former Gillingham man doubled his tally and his teams lead five minutes later after sending Parkes the wrong way from the penalty spot after Travis Gregory took down Jack Bridge in the box.

Dalby added a third and put the game to bed on the hour mark after the attacker’s curling effort beat Parkes in Whites’ net.

Dover were still getting chances and almost got one back through Ben Williamson who’s shot deflected off the crossbar and over.

From the resulting corner, thoughts of a comeback was on as Whites got one back through Hanson, who was able to stick a foot out to poke the ball home.

However, the thoughts of a comeback was short-lived as moments later Southend got a fourth through Bridge when the ex-Bromley midfielder picked the ball up on the left hand side from a nice through ball and fired it into the far corner.