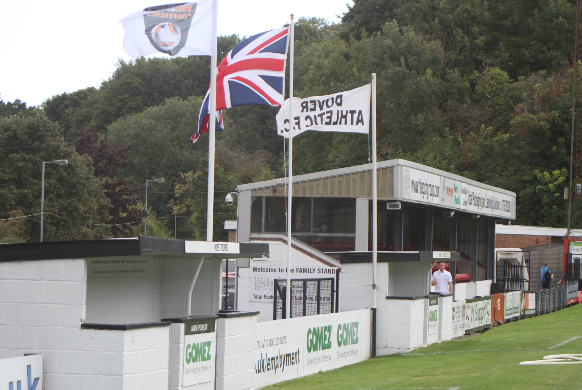 *BS*With the 2016/17 Vanarama National League fixtures now released, local businesses are invited to book match sponsorship packages – with opportunities available for companies of all budgets to support the club throughout the season.*BF*

Whites’ participation in the Vanarama National League provides great media exposure, including coverage in the national press and on the radio, with BT Sport providing highlights and live coverage on television.

We provide a range of matchday sponsorship packages, ranging from £240 up to £720 in price.

We anticipate high levels of interest for these packages so businesses are encouraged to book quickly. For more information please e-mail commercial@doverathletic.com