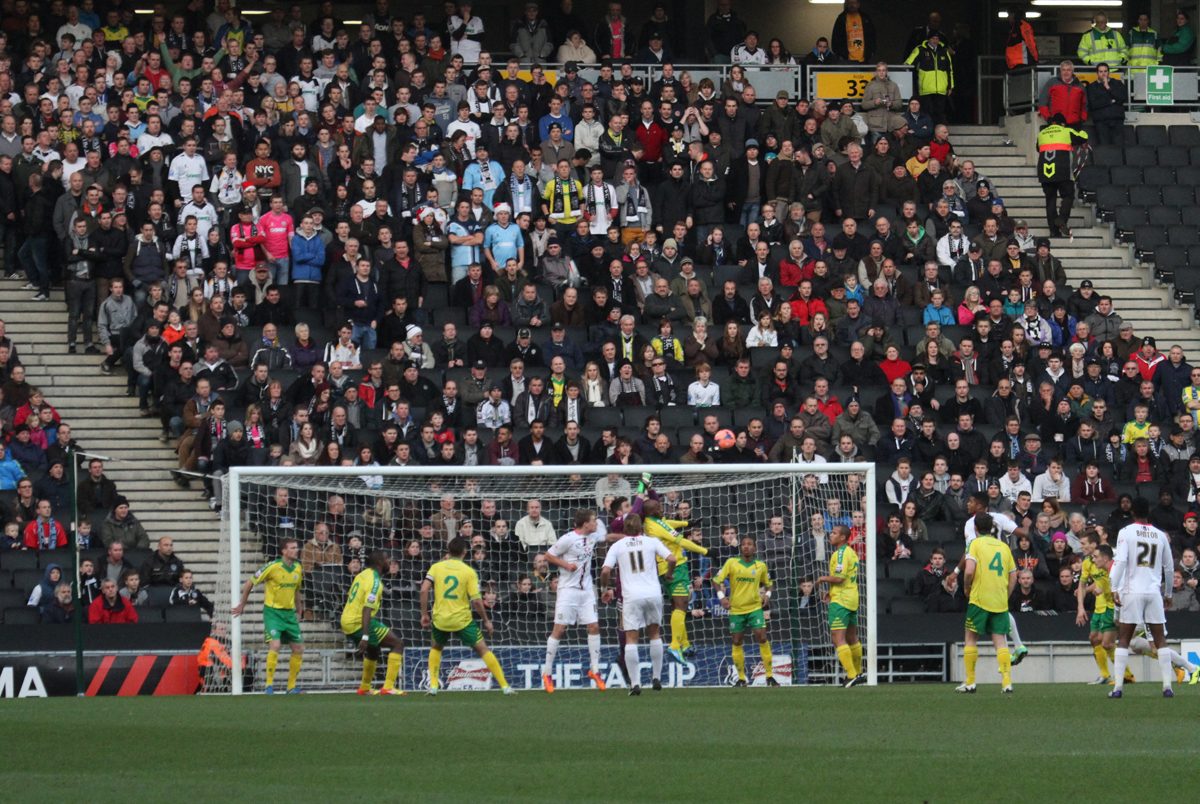 *BS*Whites FA Cup adventure may have come to an end on Saturday at MK Dons but the team and its 1068 supporters did the club and town proud at Stadium MK.*BF*

Match reporter Camilla Harvey sums up the performance: “It wasn’t to be but Whites produced a magnificent effort against a team 70 places above them in the pyramid and fans should be proud of their team’s determined and gutsy performance.”