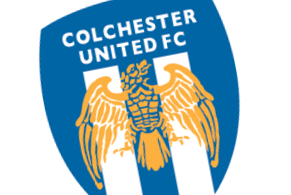 *BS*DOVER ATHLETIC are back in action on Saturday, kicking off the new season against Football League opposition.*BF*

Martin Hayes’ new-look squad and triallists take on League One side Colchester at Perrys Crabble at 3.00pm.

The new Dover boss will have his first opportunity to see how his squad is shaping up and judge what areas still need strengthening in preparation for the first league game at Woking in August.

Whites’ defence is already looking strong, following the signing of Rob Gillman from Bromley and the forthcoming arrival of Gillingham’s Tom Wynter at left back. Matt Fish and Olly Schulz have both signed new contracts and the versatile Dean Hill is keen to join them by impressing in pre-season.

Both clubs have experienced losing their manager and key personnel. While Colchester’s upheaval happened a year ago, they are a club rebuilding for the future and have lost several players in the summer, including midfielder David Fox to former boss Paul Lambert’s Norwich City.

Lambert left Colchester at the beginning of last season shortly after guiding them to a 7-1 win at Norwich. The Canaries have recently been forced to pay Colchester £425,000 in compensation for Lambert, who led the Norfolk club to an immediate promotion.

*BS*Historic Cup Run:*BF*
In the 1947-48 season Colchester, then in the Southern League, produced one of the most notable F.A. Cup runs by a non-league side, beating fellow-non-league side Banbury Spencer in the First Round before beating league clubs Wrexham, Huddersfield and Bradford Park Avenue. They finally fell to Blackpool in the fifth round. (Source: Wikipedia)

*BS*Assistant Manager: Joe Dunne*BF*
Former Whites midfielder, Joe is inextricably linked with Colchester. Started his playing career at Gillingham, before moving to Layer Road where he made 160 appearances in two spells.

He only played 12 times for Dover in five months at Crabble under Bill Williams in 1999 but formed arguably the best midfield in the Conference with Simon Wormull, Dave Clarke and Neil Le Bihan, which catapulted Dover up the table on its way to securing the club’s best ever placing in the Conference (6th).