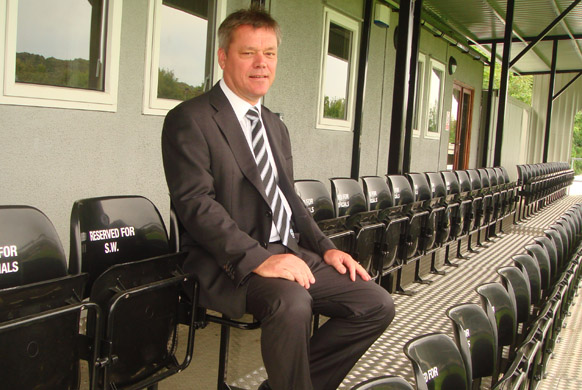 *BS*WHITES chairman Jim Parmenter has told doverathletic.com that the club will not be adversely affected by the collapse of TV broadcaster Setanta.

*BF*The Irish broadcaster had a deal with the Football Conference to televise games – and the money was distributed throughout the league’s three divisions.

But Jim was quick to reassure supporters that the collapse of this deal will not cause Dover Athletic any problems whatsoever.

“To be perfectly honest, I think it’s very risky to budget on extras such as TV deals. You never know how that is going to pan out long-term.

“Of course, had we banked the extra revenue that would have enabled us to do something extra, which we can’t do now.

“But, in terms of the running of the club and our plans for summer signings, it doesn’t cause us any problems at all. The club is being run sensibly.”

Boss Andy Hessenthaler is currently on holiday and returns next week.

Jim says that Hess will be monitoring a number of trialists in training and pre-season friendlies.

He said: “I’d say we’re going to sign two more players. We’ve some interesting names coming down and should be doing some business during the pre-season, but unlikely before.”