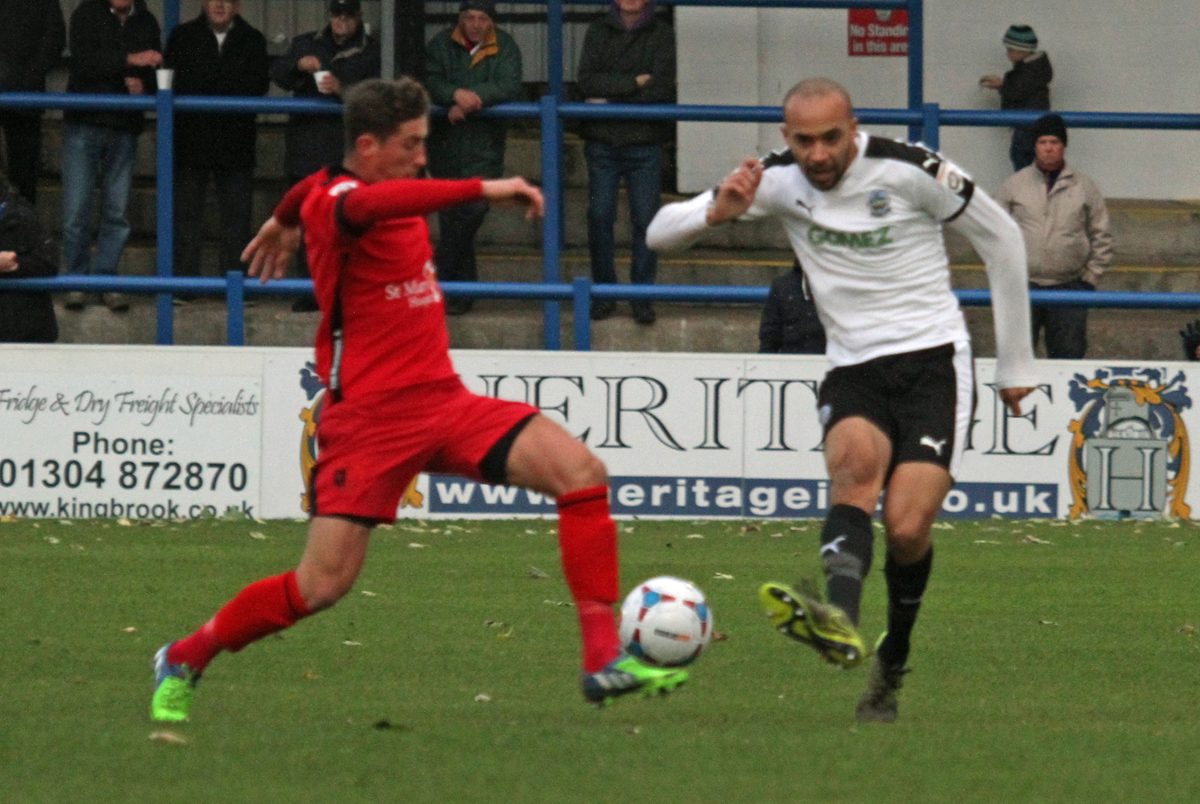 *BS*Dover Athletic are pleased to announce that defender Richard Orlu has agreed a new deal with the club, keeping him at Crabble until the end of the 2016/17 season.*BF*

Orlu, 27, signed for the club in August 2013 following a successful trial. A tall central defender, Richard is powerful in the air and quickly became a fans’ favourite during the club’s promotion to the top-flight of non-league football in 2014.

Previously of Staines Town, Farnborough and Canvey Island, Orlu has made 48 first-team appearances for Whites so far this season, scoring once – against Barrow in November last year.

The defender is currently serving a three-match suspension, following his dismissal in our recent goalless draw away at Macclesfield Town. If Whites make the playoffs this season, Orlu will be eligible to return to the side and attempt to help the side earn a historic promotion to the Football League.

Orlu is the latest in a line of players to extend their deals with Whites for next season.