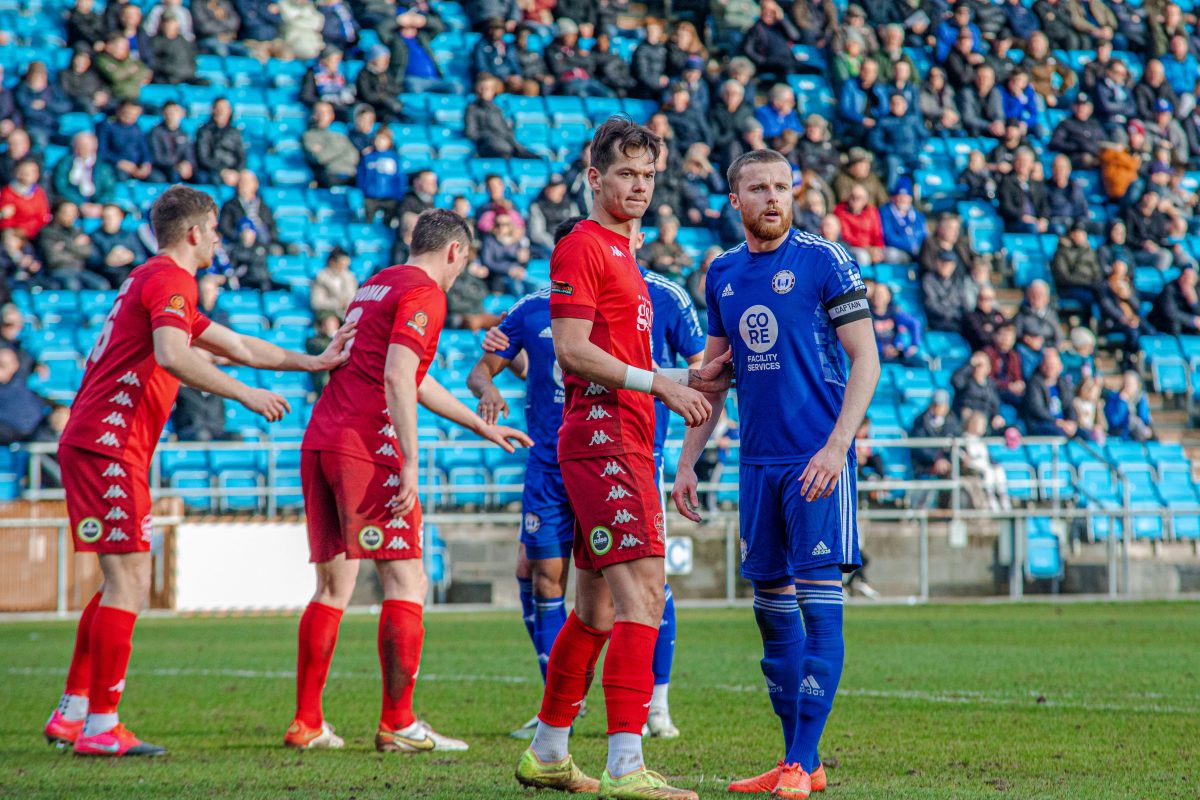 We are delighted to announce that striker Alfie Pavey has made the move to Crabble a permanent one after leaving National League South champions Maidstone United.

The 26-year-old made 18 appearances for Andy Hessenthaler’s team while on loan from Maidstone last season after making his debut in the 1-1 draw against Yeovil Town at Huish Park in November.

He scored six goals in his time with us, with his final one coming in the 6-5 defeat at Wrexham.

The frontman is no stranger to Dover supporters after he scored 12 goals in 38 appearances for us in his previous spell at Crabble after arriving from Havant & Waterlooville in November 2018.

He left Dover to sign for Barnet for an undisclosed fee in September 2019 before joining Maidstone in June 2021.

After spending his youth career with Maidstone, where he scored 300 goals in three years for the Stones’ academy and youth sides, Pavey earned a move to Championship side Millwall.

In his three years with the Lions, Pavey, had loan spells with Barnet, Bromley, Aldershot, Hampton and Richmond, and Dartford.

Following a brief spell with Welling United, Pavey returned to Dartford, scoring 28 goals in 38 matches and winning the National League South Player of the Season award.

He then joined promoted Havant & Waterlooville and scored four times in 19 appearances before making the move to Crabble.

If you would like to sponsor Alfie’s home or away playing shirts for the 2022/23 season then please email enquiries@doverathletic.com for details.