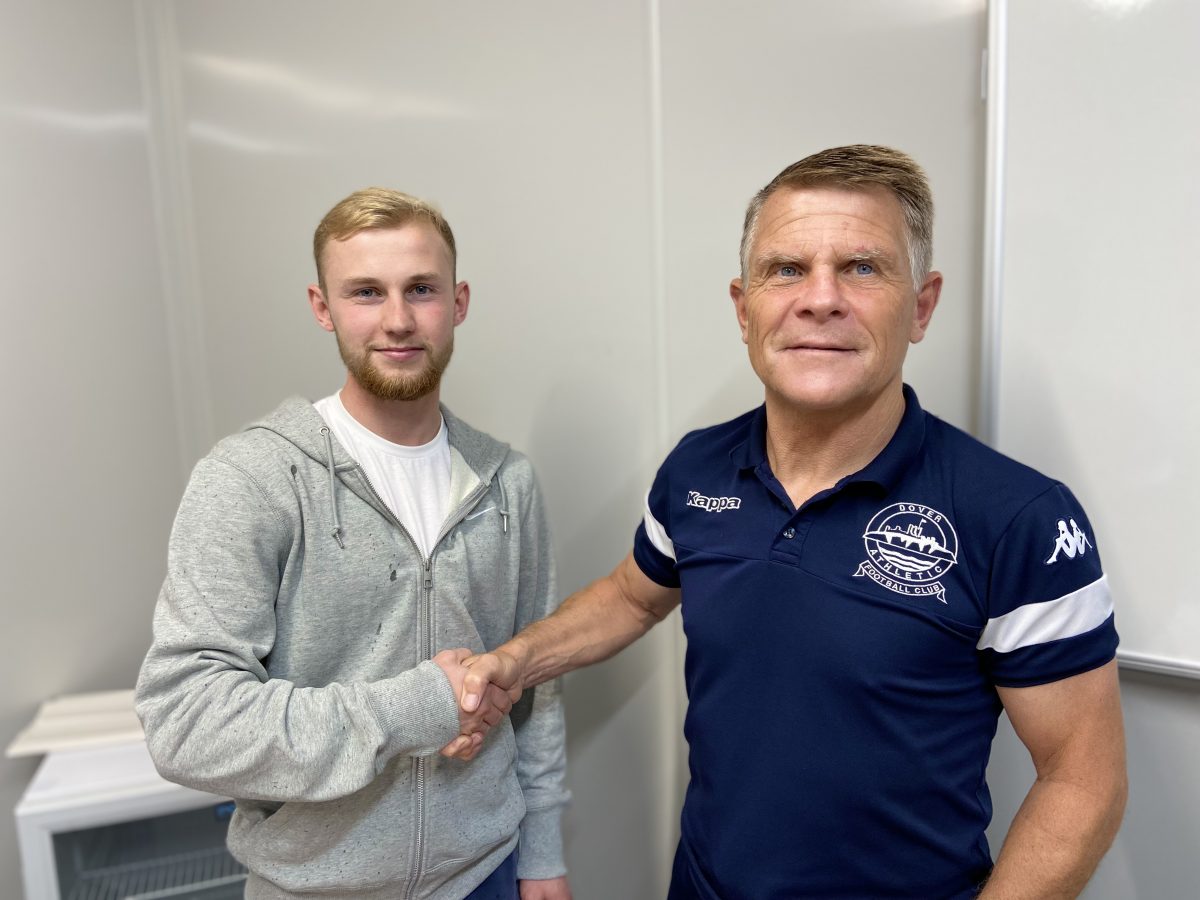 We are delighted to announce attacking full-back Alfie Paxman has joined us after leaving Folkestone Invicta.

Two of his goals came in the 3-3 draw in the FA Cup fourth qualifying round tie at National League Eastleigh.

He also won seven Man of the Match awards during the course of the season.

Paxman, Andy Hessenthaler’s third summer signing, joined Folkestone from Ramsgate in May 2018 after scoring 23 times in the 2017-18 season.

During his time with Mike Sandmann at the Dover Academy, Paxman made one National League appearance for Chris Kinnear’s team, coming on as a second-half substitute in a 1-0 defeat against Forest Green Rovers at Crabble in April 2016.

Welcome back to Crabble, Alfie!

If you would like to sponsor Alfie’s home or away playing shirts for the 2022/23 season then please email enquiries@doverathletic.com for details.