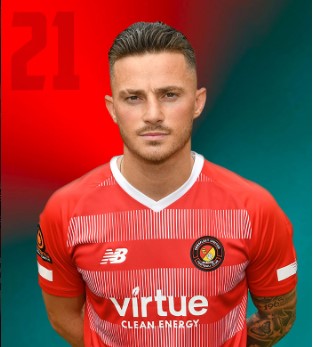 Mitch Brundle looks to bolster his squad with midfield options.

Dover are hopeful in securing Jack Paxman on a loan deal until the end of the season, pending FA and National League clearance. Paxman spent almost five seasons in total with Maidstone, playing regularly in the National League for them, amassing more than 150 appearances and becoming their longest-serving player in the process by the time of his departure across Kent to Ebbsfleet United.

Assured, calm and confident on the ball, Paxman is regarded as one of the foremost technical players in the league and earned the Supporters’ Player of the Year award in his first season at Ebbsfleet.

Paxman has scored four goals in 55 appearances for the Fleet and will hopefully be strutting his stuff soon at Crabble. There is a possibility of more incomings over the next couple of days as well as players moving in the other direction as the manager begins to shape his squad.