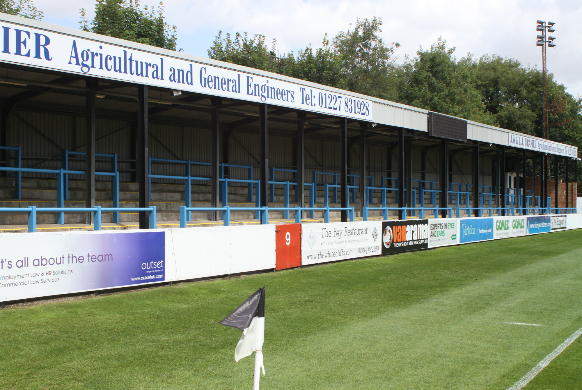 Votes are now being accepted for Fans Player of the Season – your chance to show your appreciation to this season’s achievements by nominating your star man.

This has been an incredibly successful season for Dover Athletic, with consolidation in the Vanarama Conference all but sealed and the club’s runs to the FA Cup Third Round and FA Trophy quarter-finals memorable milestones.

Votes for your 2014/15 Fans Player of the Season can be made in one of two ways. Slips will be handed out at the turnstiles before our home matches against Grimsby Town, AFC Telford United and Woking, which once completed should be handed in to a member of the bar staff inside the Centre Spot.

Alternatively, you can e-mail your choice to jack.osullivan@doverathletic.com with the name of your selected player in the Subject field.

Voting will close at 5pm on Monday April 6th, with further details to follow regarding the presentation of the award.