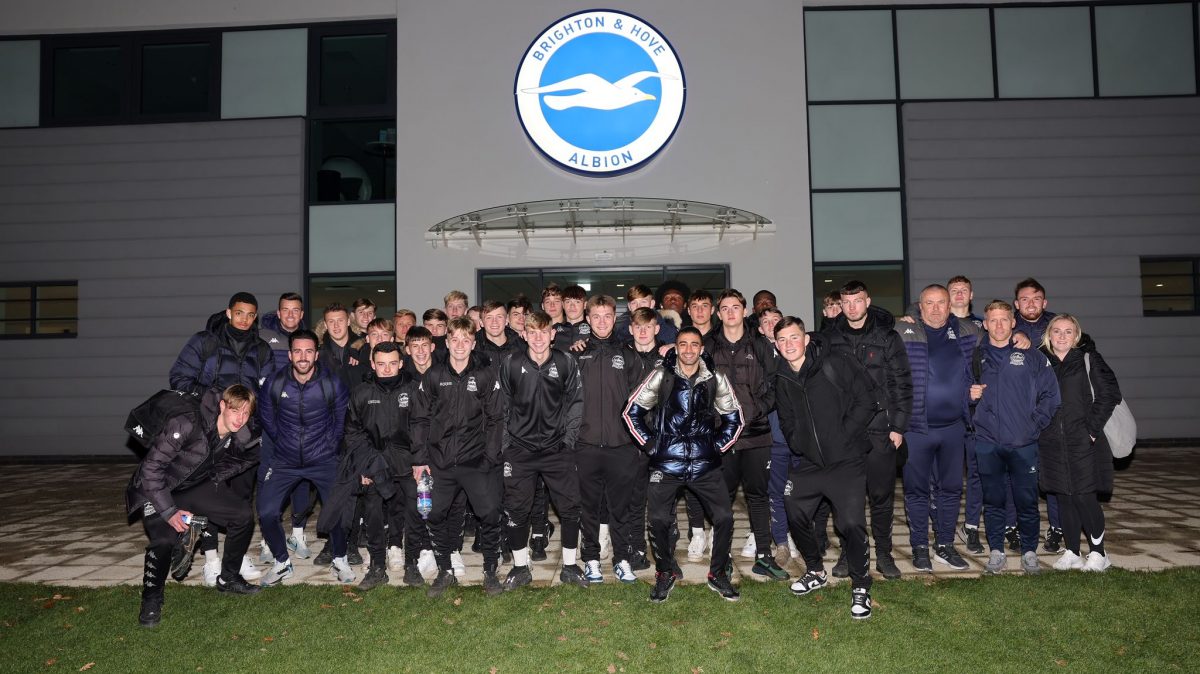 Our Academy bowed out of the FA Youth Cup with their heads held high after losing to their Premier League counterparts in the Third Round tie at the American Express Elite Football Performance Centre in Lancing on Wednesday.

The hosts led 2-0 at half-time before second-half substitute Tim Marapara reduced the deficit in the 64th minute after pouncing on a poor back pass.

Manager Mike Sandmann was full of praise for his young charges after the game.

He said: “It goes without saying how proud myself and all the staff are of the players after that performance, one that saw us push a Premier League team all the way to the end.

“We knew Brighton was going to dominate the ball and we set ourselves up to frustrate and counter-attack when turning over possession – I thought we frustrated them for large parts of the game with most of it played in front of us.

“We got ourselves in some good areas and caused them problems early on In the game despite having a lot less of the ball.

“We were disappointed with the goals we conceded after allowing their player to turn 25 yards out and the header, which we should have defended better against regardless of the opposition we play against.

“At half-time, we spoke about the importance of staying in the game while getting ourselves higher up the pitch and waiting for our chance to take more risks.

“I felt we continued to frustrate but in a higher area and I’m pleased with the goal we scored as we had to be patient and wait for the opportunity for them to make a mistake which Tim punished them for.

“When it was 2-1 the whole atmosphere changed and it become a proper game and Brighton felt it.

“You could see that with their goalkeeper getting booked for time wasting and the management team kicking the ball away.

“Tim had another chance deflected wide which could have made it even more uncomfortable for them.

“We asked the players to leave everything out on the pitch and they certainly did that.

“It’s been a great journey for the Academy and on behalf of everyone we would like to thank you for the support and kind messages we have received – I can assure you that it certainly doesn’t go unnoticed.”