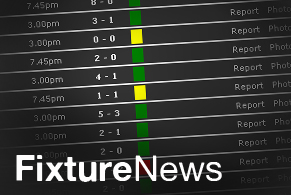 Manager Nicky Forster and assistant Steve Brown were keen to arrange a competitive and varied set of fixtures against different styles and quality of opposition.

Whites begin at Deal Town on Saturday 7 July. The following weekend sees Championship side Brighton bring a team to Crabble on 14 July.

Supporters can look forward to a trip to the Dripping Pan against Lewes on Saturday 21st July. The Ryman Premier side are now managed by Whites legend Simon Wormull.

Dover will be tested by League Two opponents twice in three days midway through the pre-season schedule. Gillingham’s new manager will bring a side to Crabble on Tuesday 31 July, following Dagenham’s visit on Saturday 28 July.

The players will wrap up their preparation for the new season with a trip to Liam Daish’s Ebbsfleet on Saturday 4th August before entertaining Chris Kinnear’s Margate at Crabble a week later.