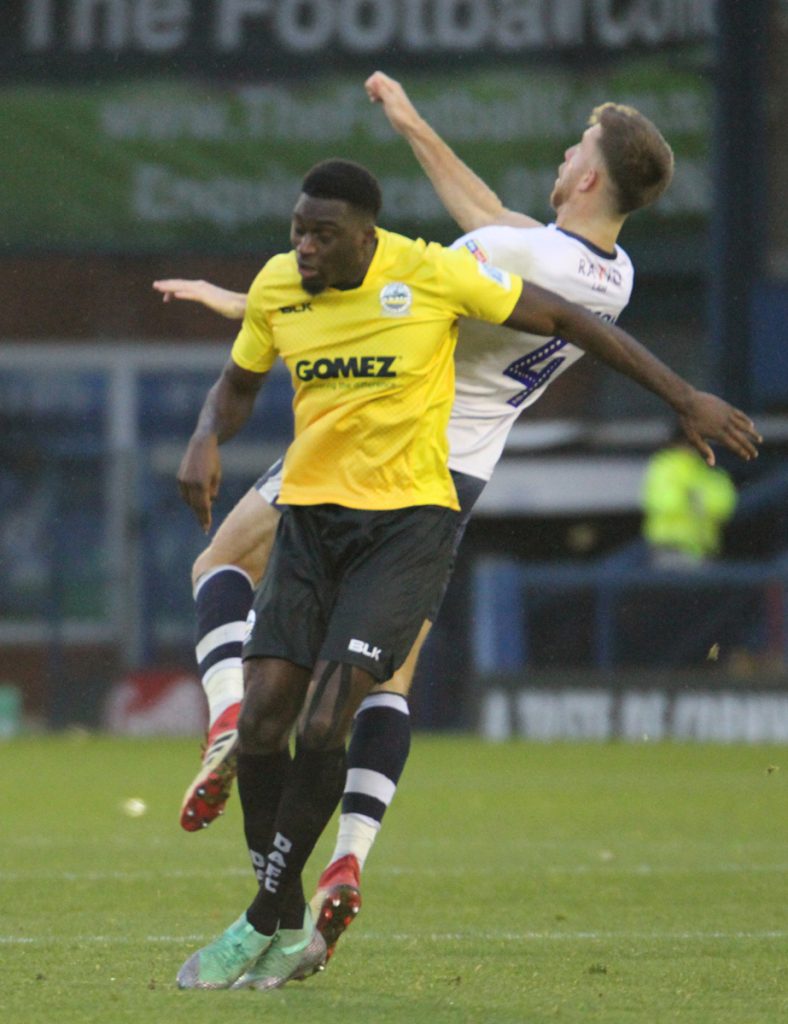 Whites go in search of their first away National League win this season when they travel to Hertfordshire on Tuesday night.

Boss Andy Hessenthaler, who may hand a debut to recent signing Alfie Pavey, will be aware of how strong Luke Garrard’s side have been at home this season.

Wood have lost just once in the league at Meadow Park this campaign, a 4-2 defeat to Harrogate Town back in September.

Three of the Dover’s squad will be familiar with their surroudings on Tuesday evening.

The Coasters broke their transfer record to bring talented midfielder Ryan Croasdale to Mill Farm from Kidderminster Harriers in the summer.  The former England C captain has already shown his worth with some impressive displays in the middle of the park for his side.

BE THE SCOUT – HIGHLIGHTS OF FYLDE’S LAST FIVE MATCHES

For fans wanting to show the same shirts as the players, captain Mitch Brundle and his teammates will be wearing their yellow ones.

The match kicks off at 7:45pm and the prices are as follows:

There is a coach leaving for Eastleigh on Saturday 1st December and it is not too late to book your space on it.

It leaves Crabble at 10:45am and the prices are as follows: