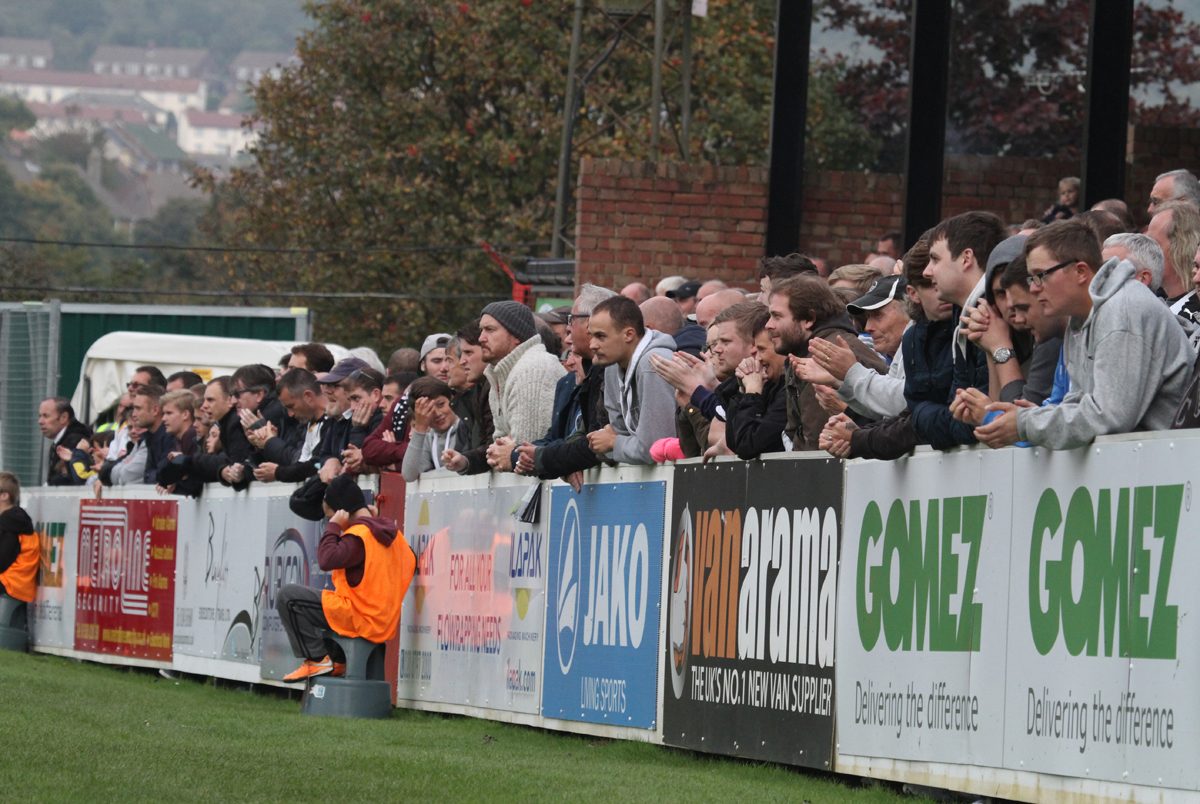 *BS*Dover travel to Essex on Tuesday night to face Braintree Town, with Chris Kinnear’s men fresh from Saturday’s victory over Wrexham. Whites are currently in third place in the Vanarama National League table, level on points with second-placed Cheltenham Town.*BF*

Dover returned to Crabble on Saturday, having travelled over 1,000 miles in four days for their previous two fixtures – but showed no signs of jet lag, picking up a 2-1 win. Goals from Ricky Miller and Toby Ajala – his first of the season – made it five consecutive victories, propelling the side into third place in the Vanarama National League standings.

It’s not just the run of five wins that is impressive, but it is the calibre of opposition that the victories have come against- prior to the win over the Welsh side, Whites despatched Eastleigh (5-2), Woking (2-0), Gateshead (3-2) and Torquay United (2-0). All five are sides that will have hopes of finishing well into the top half of the Vanarama National League table this season, but the going doesn’t get any easier for Whites – with Braintree Town up next.

It’s Dover’s second meeting against the Essex side already this season – but with Whites having picked up real form since their goalless draw against Danny Cowley’s men at Crabble last month – there is real hope that the winning run can continue.

Dover are now just one of three sides to have lost twice this season – along with Cheltenham Town and Grimsby – and are top of the form table.

A win for Whites could see them climb to second place, whilst three points for Braintree could lift them five places to fourth.

*BS*TEAM NEWS*BF*
Chris Kinnear has kept faith with the players who have served him so well over the past five games, however one enforced change will be made for Tuesday’s trip. Sean Raggett picked up his fifth booking of the season against Wrexham, and as such will be suspended for one game, paving the way for a recall for Tyrone Sterling to the backline.

Jaydon Gibbs is expected to keep his place at right back, with Jack Parkinson set to continue in central midfield as LIam Bellamy recovers from his knee injury.

Ricky Modeste was a second-half substitute for Whites on Saturday and should take up a place on the bench once again, with the only long-term doubt remaining Chris Kinnear Jr.

Braintree are not believed to have any injury doubts ahead of the match.

Following Alan Devonshire’s departure at the end of the last campaign, Braintree appointed Concord Rangers boss Danny Cowley as their new manager. Cowley guided Canvey Island-based Conference South side Concord to three promotions during his eight years in charge there. Since his arrival, Cowley has poached a number of Concord stars, including Matt Fry and Alex Woodyard.

Currently occupying ninth place in the Vanarama National League table, Braintree have lost just one of their last nine matches – a 1-0 loss against Guiseley. They have fared better on their travels than at home so far – away from home, they have the best record in the division (17 points from eight games), however at home they have only the 19th best record – picking up just nine points from a possible 24. They drew 0-0 at home to Grimsby Town on Saturday.

Michael Cheek leads the way in their goalscoring charts with four goals, whilst for Dover, Stefan Payne’s recent hot run of form sees him leads the way for Whites with eight goals.

*BS*LAST SEASON*BF*
Whites recorded 1-0 win over Braintree at Crabble in November, with our goal coming from Nicky Deverdics. In the previous match in Essex, back in August, Whites lost 3-0.

Earlier this season, the sides played out a 0-0 draw at Crabble, in a game which saw Jack Parkinson sent off for Whites.

Highlights from our 1-0 home victory last season can be seen here:

*BS*COACH TRAVEL*BF*
The Supporters Club are running a coach service to that game, and there are limited spaces left – please call or text Andy Fisher on 07934 300335 to book your spot. Prices are just £20 for non-members, £15 for members with accompanied under 16’s travelling for £10.