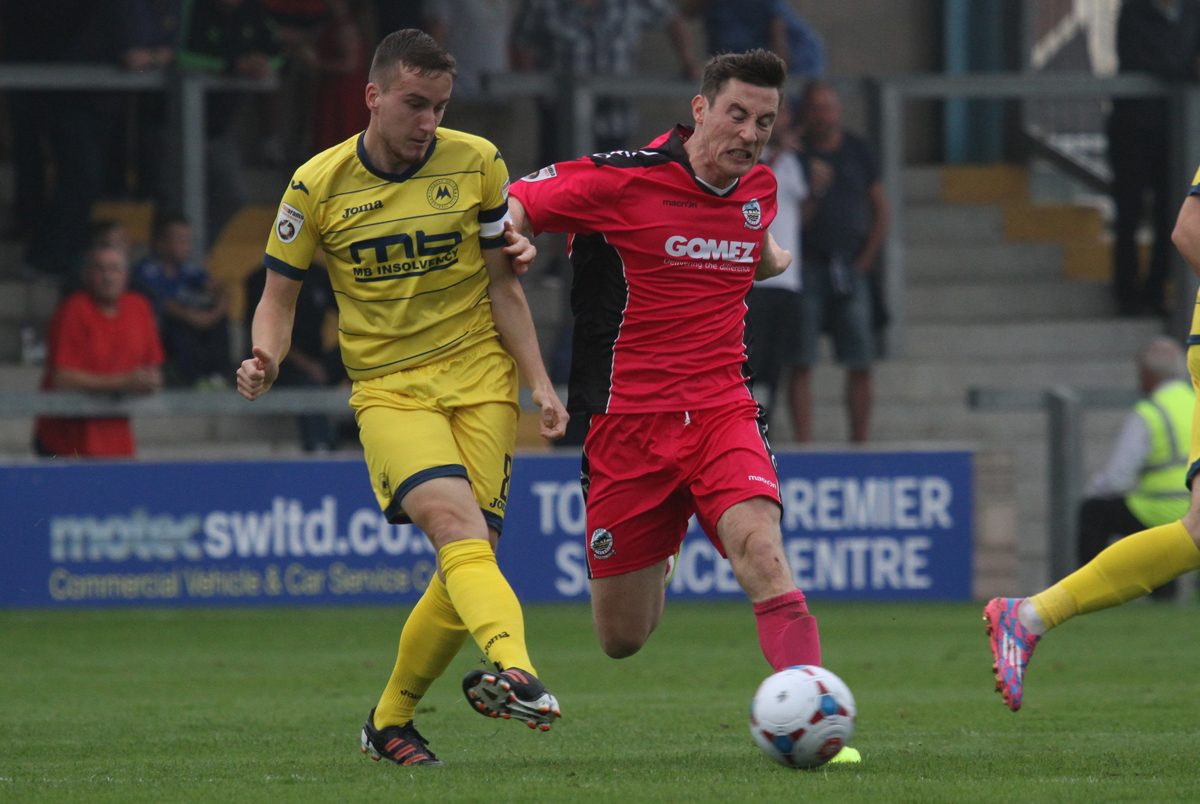 *BS*With half of the Vanarama Conference played, Dover Athletic enter the second half of the season looking to continue their remarkable unbeaten run as they host Torquay United on Tuesday night.*BF*

*Link1* was their ninth game unbeaten (excluding Kent Senior Cup) and their second consecutive away victory.

In-form striker Stefan Payne netted for the ninth time of the season. He has scored four in his last four games.

Sean Francis scored what turned out to be the deciding goal against Gateshead, which was his second goal for the club – his other secured a point against Southport.

*Lpic1**BS*TEAM NEWS FOR DOVER*BF*
Ever present Richard Orlu will be suspended for the visit of Torquay after picking up his fifth yellow card at the weekend. This will be the first league game Orlu has missed so far this campaign.

Recent loan recruits Callum Davies and James Poole both made their debuts against Gateshead coming off the bench. Davies may get an opportunity to start as Orlu is unavailable.

Christian Nanetti was not in the squad last Saturday, and he may not be risked on Tuesday having just recovered from an injury.

Defender Connor Essam scored an own goal the last time the two teams met. He is expected to keep his place in the starting XI.

*BS*TEAM NEWS FOR TORQUAY*BF*
Midfielder Jordan Chapell played 80 minutes in Torquay’s last game. He recently recovered from an injury but will be match fit on Tuesday.

Ryan Bowman scored his 8th goal of the season in their last game and is expected to start up-front on Tuesday night.

Bowman’s striker partner is expected to be Louis Briscoe, who has scored six goals so far this season.

Defender Angus MacDonald has recovered from a knee injury and was a second half substitute in the last game. He is in contention to start against Dover.

Midfielder James McQuilkin joined the Gulls as a free transfer on a non-contract basis last week. He left league one club Walsall in the summer and was without a club since joining Torquay.

The 25-year-old recently made his second appearance since joining the club, coming off the bench in the last game.

The Gulls have managed to pick up some fantastic victories so far this seaon, noticeably against high flyers Barnet and Grimsby.

However, they have lost to league strugglers Alfreton in October and Telford in September.

Hargreaves side have had problems letting in goals of late, conceding 24 goals in their last 11 games. That’s averaging 2.18 goals every game.

Despite this, they did keep eight clean sheets in their opening 11 games.

*Link2*, which back then was the clubs eighth defeat of the season in the opening 11 games.

Since that defeat, Dover have lost just two out of 12 games in the league.

No team in the Vanarama Conference has picked up more points than Dover in the last six games.

*Lpic2*Goalkeeper Andrew Rafferty and the Whites defence have not conceded a home goal in the league since Chris Holroyd scored a late winner for Macclesfield Town on September 13.

Another home win on Tuesday could potentially see Whites climb as high as 10th in the table.

As usual, @DAFCLiveText will provide all the latest team news and match action for those who cannot make the game.