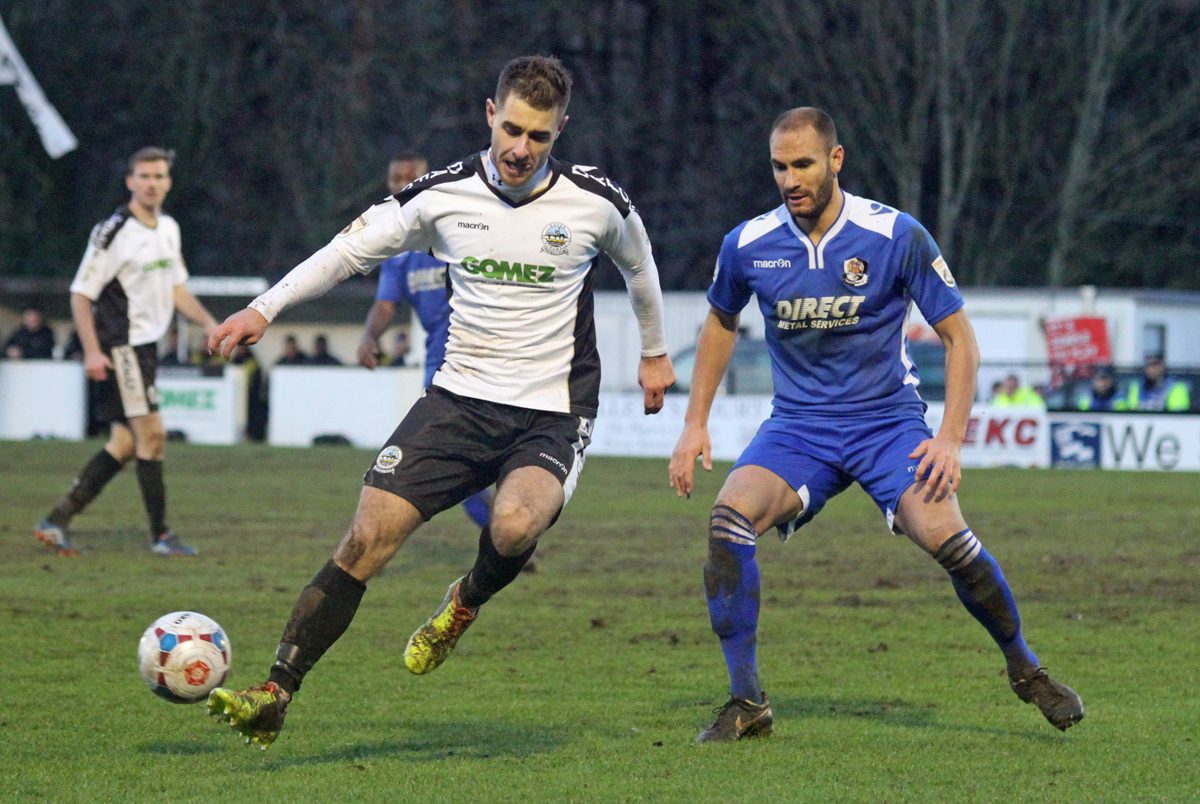 *BS*Dover Athletic attempt to make it 13 league games unbeaten, as they play a Wrexham side who have struggled to find consistency of late.*BF*

Despite showing good form in the FA Cup and FA Trophy, in the league Wrexham have won just two of their last 14 games.

*Ppic1**BS*DOVER TEAM NEWS*BF*
Dover made one change from their FA Trophy triumph which played Dartford last Saturday, with Sean Francis starting for *Link2*. Francis is expected to start on Tuesday night.

New signing Solomon Taiwo made his second debut for the club as a second half substitute in the last game. He will be pushing to get in the starting XI like he did when he was on loan earlier in the season.

Other new signing Adam Mekki was an unused substitute against Dartford and he will also be keen to get some game time to break into the first team.

Before that, the Welsh side eased past Stockport United 6-1 in an FA Trophy replay. They now host either Grimsby or Gateshead in the last 16 of the competition.

Kevin Wilkin’s Wrexham, also known as the Dragons, have had two league games postponed of late, firstly at home to Forest Green on December 28, then away to Gateshead on January 4.

Like Dover, the visitors to Crabble on Tuesday had a superb FA Cup run this campaign, as they also reached the third round.

They beat fellow Conference sides Macclesfield (5-2 in a replay) and Woking (3-0) in the fourth qualifying and first round respectively, before beating Kent based Maidstone United 3-1 in round two.

Similarly to Dover, Wrexham were then rewarded with Premier League opposition in the third round as they travelled to Stoke City and played in front of a crowd of almost 20,000 people (5000 Wrexham fans).

Despite going 0-1 up in the second half, three goals in the final 10 minutes ended Wrexham’s chance of making it to the fourth round.

*Lpic1**BS*WREXHAM TEAM NEWS*BF*
Connor Jennings is suspended for the game on Tuesday after picking up a straight red card in the last match against Telford.

Wrexham recently acquainted centre-back Luke Waterfall from League One Scunthorpe United. He was a second half substitute in their last game and could start from the beginning against Dover.

Goalkeeper Andy Coughlin is likely to start on Tuesday night, with other keeper Dan Bachmann suffering a thigh injury in the FA Trophy win last Tuesday.

Defender Blaine Hudson and midfielder Elliott Durrell are both likely to miss the game against Dover due to injuries.

Top scorer Louis Moult has 11 goals this season and is expected to start on Tuesday. Moult was a prolific goal scorer for Stoke City’s reserve and academy side but failed to get a break into the first team.

*BS*MATCH INFORMATION*BF*
Just a decade ago, Wrexham were playing in the third tier of English football with the likes of Hull City, Bournemouth and Sheffield Wednesday. However, they were relegated that season finishing 22nd.

After a difficult time in League two, they suffered relegation again in the 2007-2008 season which ended their 87-year stay in the Football League.

This is now the Dragons seventh season in the Conference, despite coming close to regaining league status on three occasions.

Wrexham are no strangers to play-off heartache, having lost back-to-back semi-final defeats in the 2010-2011 and 2011-2012 seasons losing to Luton Town on both occasions, who themselves lost the final both times.

In the 2012-2013 season, the Dragons suffered more play-off misery, this time losing to Newport County in the first ever all Wales play-off final at Wembley, conceding two late goals in the last four minutes of the game.

Tuesday’s match will be the first ever competitive match between the two teams.