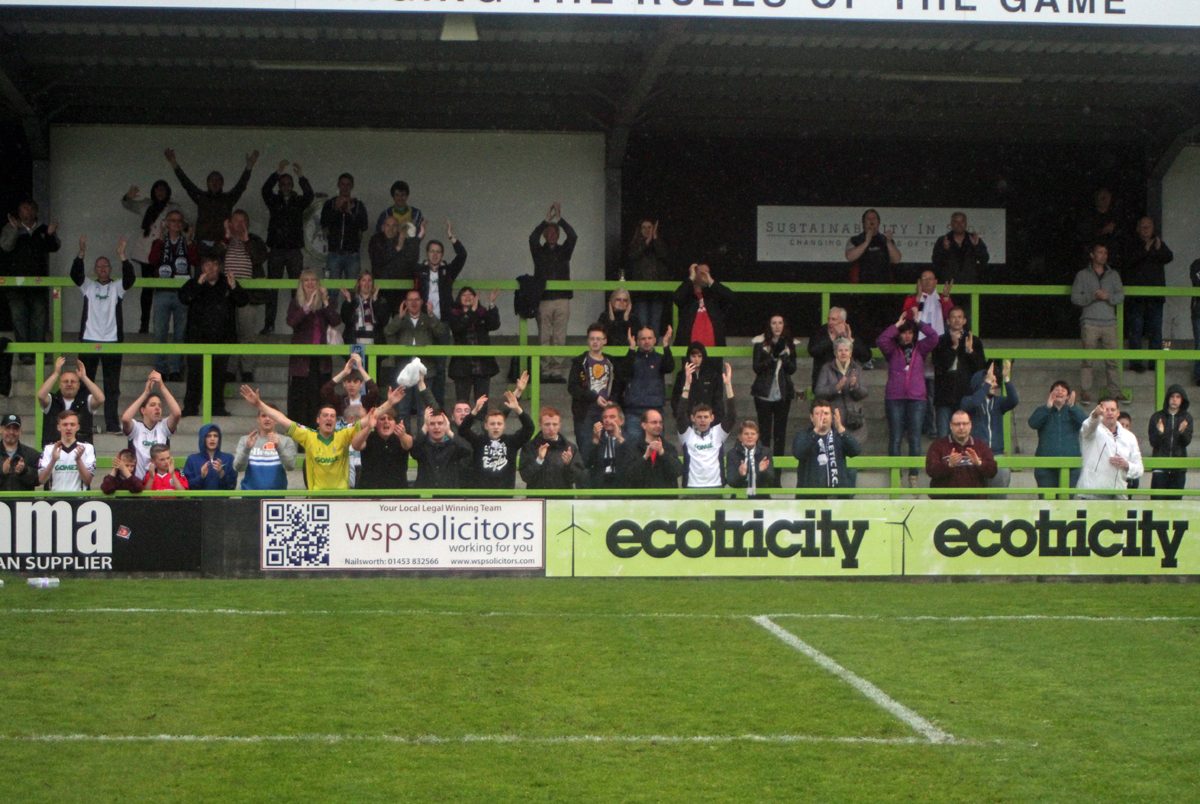 *BS*Saturday’s schedule sees Dover Athletic make the trip to Gloucestershire to face Forest Green Rovers, with the sides sitting in third and second place respectively in the Vanarama National League table. It’s a tough proposition for Whites, but recent performances on the road against the top sides will give Whites real hope.*BF*

Chris Kinnear’s men lost their unbeaten home record in the Vanarama National League on Tuesday night, when an Eastleigh side – much improved from Whites’ 5-2 thrashing at the Silverlake earlier in the season – ran out 2-1 victors. Despite that loss, Whites remain in third place in the league standings, and have a chance to take points from one of the league’s heavyweights this weekend.

Tuesday’s performance was much improved from that seen in last weekend’s FA Cup defeat against Stourbridge, with manager Kinnear commenting: “We really did not deserve to lose, but we beaten by a little bit of experience. We really did not get much from the referee today as well and the their penalty was not a penalty, Jai Reason used his experience to win it by falling over and James Constable was encroaching when the ball was kicked.”

It’s important to point out that these are not excuses, instead incredibly valid observations – but Kinnear is still happy with how the season has panned out so far. He said: “If someone had offered us third place in the middle of November, we would have snapped their hands off.”

Despite back-to-back defeats, Dover’s performances away from home will offer real hope that a positive result can be picked up on Saturday. Impressive victories on the road have already been claimed at Eastleigh (5-2), Gateshead (3-2), Torquay United (3-2) and Tranmere Rovers (1-0) – and the aim is to have added Forest Green Rovers to that list come 5pm on Saturday.

Dover are third in the Vanarama National League, three points behind their opponents – a two goal victory for Whites on Saturday would see them leapfrog Rovers into second place. The chasing pack are plentiful, with just five points separating Whites from Gateshead in 10th.

Despite Tuesday’s defeat, recent league form remains exceptional. 21 points have been picked up from a possible 27, better than any other side in the division, with Forest Green Rovers managing just 12 in the same period. Recent form in the Vanarama National League could not be much better, with the side having picked up 21 points from a possible 24 in a run stretching back almost two months.

Whites have gone 31 games since losing consecutive matches in the league – a record that now has to be defended following Tuesday’s reverse. After the near misses over the last two games, the match against Forest Green offers an opportunity to get back on track and continue the promotion push.

Stefan Payne has had more shots on target than any other player in the division, with his 9 goals coming courtesy of 36 efforts on goal.

Whites have the 9th best away record in the division, with 15 points from 10 games so far. At home, Forest Green Rovers lead the way with the best record in the league – 22 points from 10 games shows the magnitude of the task facing Kinnear’s side, but their two home defeats to Gateshead (1-0) and Tranmere Rovers (2-0) will give confidence, considering these are two sides that Whites have already beaten this season.

Whites will be forced to make at least one change, with Richard Orlu suspended for one match following his fifth yellow card of the season, against Eastleigh on Tuesday night. That paves the way for a return into the starting XI for Tyrone Sterling, whilst Andy Rafferty should keep his place in goal ahead of the now-available Mitch Walker. Jaydon Gibbs (back) and Liam Bellamy (knee) remain unavailable.

Top scorer for Forest Green Rovers this season is Aaron O’Connor, on nine, with Kurtis Guthrie and Jon Parkin both on six.

Both matches between the sides last season ended goalless, with a 0-0 at Crabble in November followed up by the same scoreline at The New Lawn on the last match of the regular season.

Highlights from the home match last season can be viewed here: