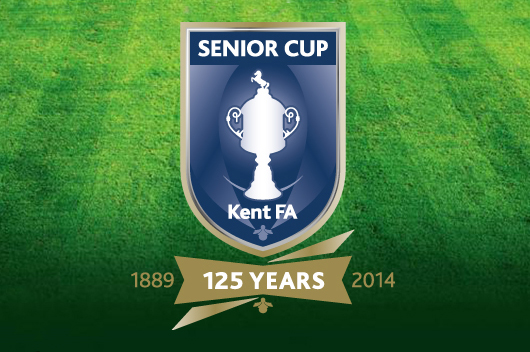 *BS*Dover Athletic take on neighbours Folkestone Invicta in a south-east Kent derby at Crabble in the second round of the Kent Senior Cup on Tuesday night.*BF*

Whites are currently enjoying a decent run of form, having lost only twice in their 10 competitive matches, recently qualifying for the FA Cup First Round and coming from behind to draw with Southport in the Vanarama Conference Premier on Saturday.

Now Chris Kinnear’s side switch their attention to the Kent Senior Cup – a competition where they reached the final of last season – as they take on Neil Cugley’s Folkestone for the first time since January 2010.

*Ppic1**BS*TEAM NEWS*BF*
Stefan Payne scored a brace in Whites’s first round victory against the Lilywhites, however he is likely to be rested along with several other key players ahead of Dover’s FA Cup First Round fixture against League Two side Morecambe on Saturday.

This means Greg Rutherford is likely to make his debut for Chris Kinnear’s side since being released from Hartlepool United and could link up with strike-partnership Nathan Elder and Jake Reid, who have been both lacking game time in recent weeks.

Other players who are likely to feature on Tuesday evening are Lee Hook, Sean Raggett, Sean Francis, Robert Gerrard, Liam Bellamy, Barry Cogan and Christian Nanetti, who all did not feature in Saturday’s 2-2 draw at Southport, with the exception of Francis who headed in an equaliser.

*BS*OPPOSITION FORM*BF*
Like Whites, Invicta are also enjoying a similar run of good form, having not lost in their last 9 competitive matches, with the exception of a penalty shoot-out defeat at Ramsgate in the Robert Dyas (Isthmian League) Cup.

They currently occupy 3rd place in the Ryman South – their fourth consecutive season at that level – after winning 9 of their opening 16 league games, and only losing on two occasions, although both defeats have come away from their Cheriton Road ground.

Invicta – whose manager Cugley has been in charge for over a whopping 900 games since being appointed in 1997 – have not enjoyed much success on the road this season so far after recording only three away wins in the league, and have also exited the FA Cup and the Isthmian League cup as the visiting team.

*Lpic1**BS*HEAD-TO-HEAD RECORD*BF*
Whites’ last competitive game against Folkestone was in January 2010 when Invicta knocked them out of the Kent Senior Cup with a 2-0 win, although mainly DAFC Academy players filled up the starting line-up that evening.

That was the first meeting between the two sides since the 2004/05 Ryman Premier League season, with Cugley’s side recording a double over Dover (both 1-0 wins) as Whites suffered relegation.

Whites’ last competitive victory over Folkestone dates back to February 2004, when goals from Craig Cloke and Issy Amadi helped Dover to a 2-0 win in the Isthmian Cup, before losing to Crawley Town in the following round.

*BS*MATCH INFORMATION*BF*
Once again, the club are offering fans to watch Whites in Kent Senior Cup action for just a fiver at Crabble as Kinnear’s side aim to reach the quarter-finals of the competition at the expense of Invicta.

Fans unable to make the game can follow live text commentary as always, where that will be provided on Twitter via @DAFCLiveText.