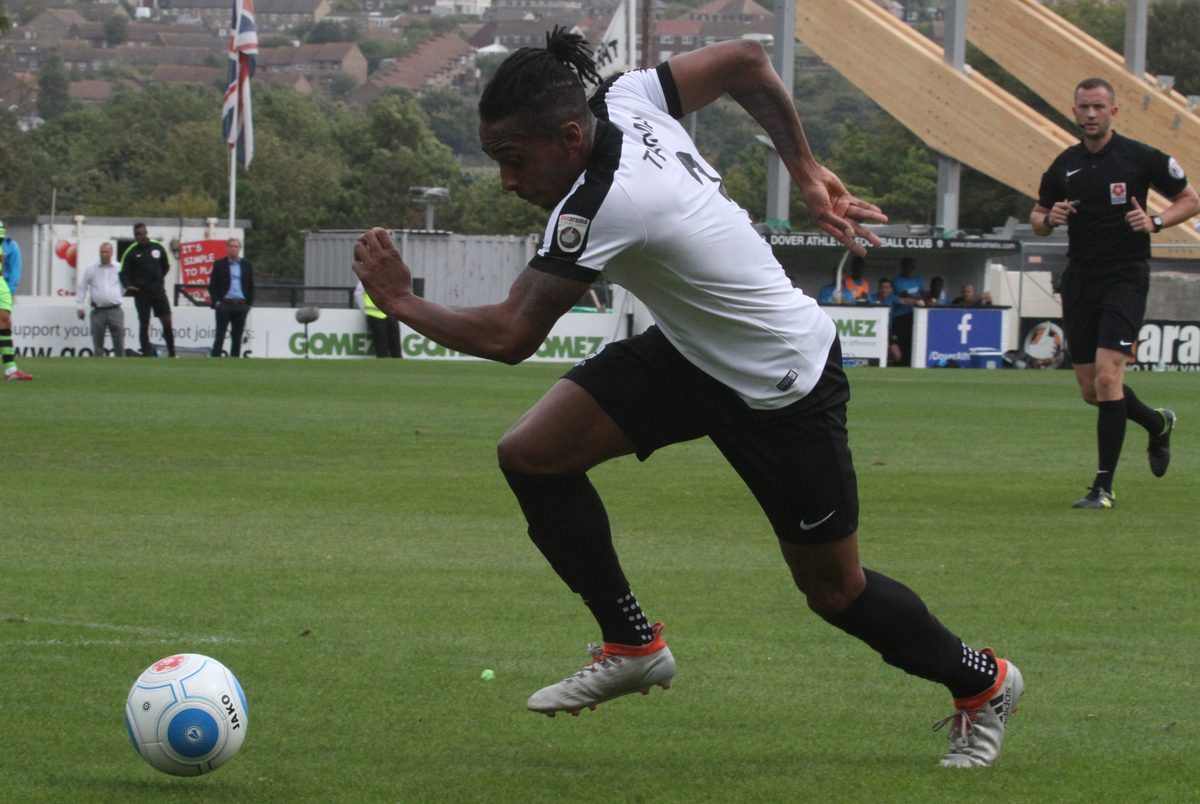 And so do the 46 Dover fans who made the gruelling 692 mile round trip to Tyneside.

Thomas scored his first goal for Whites in the 3-2 win, a second consecutive victory for boss Chris Kinnear’s side at the venue.

In fact, Dover have a perfect record against the Heed, winning all four games against them since winning promotion to non league’s top-flight a couple of seasons ago.

Gateshead will start the game 11th on the National League ladder, three places and four points behind Whites.

But the hosts have not enjoyed the best of times in front of their home fans of late.

They are winless in their past three home games after a 1-0 defeat against North Ferriby United was followed by goalless draws against Solihull Moors and Torquay United.

“Dover are slightly similar to us in the respect that they can also beat anyone on their day, as they’ve shown already this season,” Aspin told doverathletic.com this week.

“They’re a well-managed side with a big man up front and they always make it difficult for their opponents.

“They were beaten heavily at Chester last week but I’m certain that was just a one-off because they quickly bounced back with a good 3-1 win over Sutton on Tuesday, so we’re anticipating a tough match.”

Gateshead ended a run of four games without a goal courtesy of an impressive 1-0 win at Tranmere Rovers on Tuesday night.

After beginning the campaign in blistering form – including a 6-1 rout of York City on Tyneside – the Heed’s momentum had stalled ahead of their trip to Prenton Park.

Following that thrashing of the Minstermen, Neil Aspin’s side recorded just two wins in their next nine outings, and also equalled the club’s longest barren stretch in front of goal since their return to the National League in 2009.

But, Sam Jones’ 51st-minute strike proved sufficient for Gateshead in midweek, who will now look to end a three-game winless stretch on their own turf.

Whites’ top scorer in the league this season is Ricky Miller with nine following his double against Sutton United at Crabble on Tuesday.

The Heed’s leading man is Wes Hall with four.

Whites will be without Sam Magri, who is on international duty with the Malta under 21s.

For Dover fans wanting to show their colours on Tyneside by wearing the matching shirts as the players, Whites will be wearing their blue shirts.

There will be a Supporters Club coach making the trip to Gateshead for the first time and it’s not too late to get on it.

Dover’s FA Cup campaign starts with a trip to Burgess Hill Town on Saturday, October 15 and there will be a Supporters Club coach running.