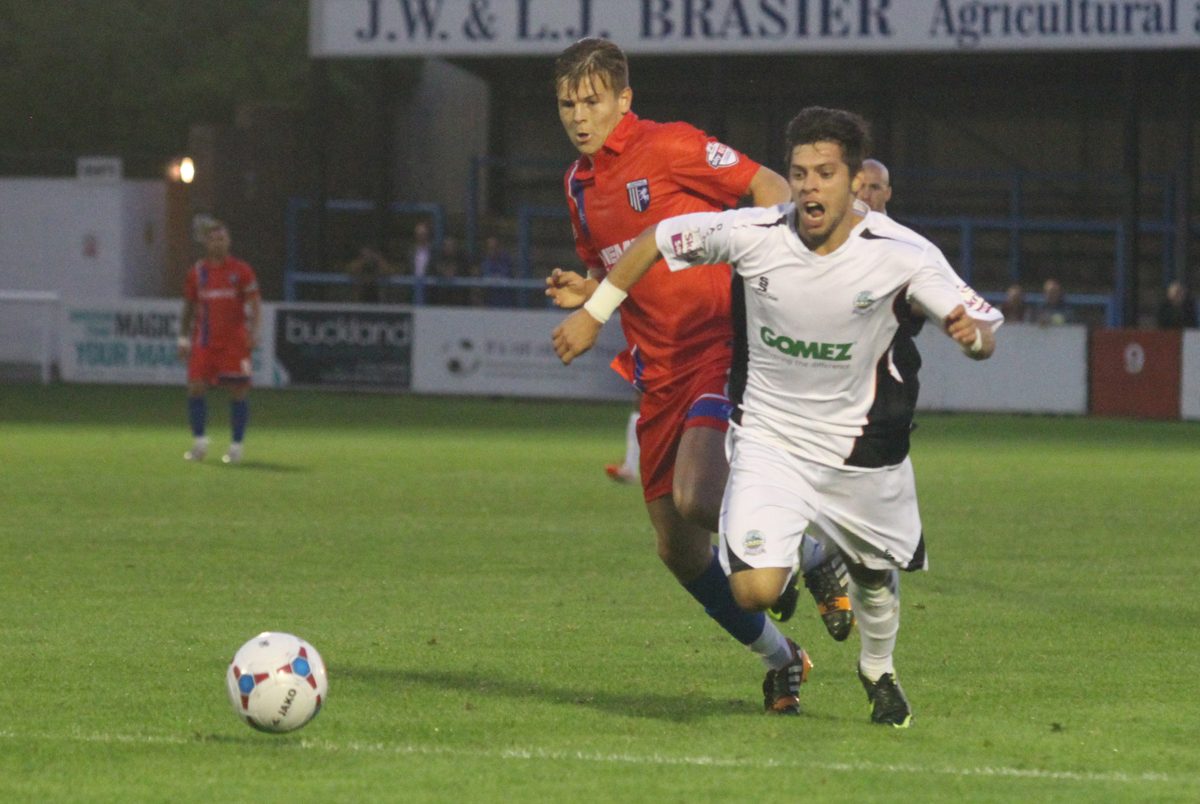 *BS*Dover Athletic kick off their Vanarama Conference campaign against FC Halifax Town as they look to hit the ground running in front of the home fans on Saturday.*BF*

This will be the first time the Whites have played in the Football Conference since the 2001/2002 season where they played teams such as Doncaster Rovers, Yeovil Town, Dagenham & Redbridge and Margate.

The last time Dover lost on the opening day was also the 2001/2002 season under then manager, Neville Southall.

Chris Kinnear and his team are unbeaten in a near perfect pre-season, winning nine and drawing one.

This is the first time Dover have gone unbeaten during a pre-season campaign in the 21st century.

The Whites have scored 21 goals in pre-season with 13 different scorers, conceding just three in the process.

*Lpic1*Jake Reid, who signed for Dover after a successful trial, top scored in pre-season with four goals in eight appearances and might feature against Halifax.

A total of 10 players have been brought in by Kinnear this summer to help bring some depth into the squad.

Most recent academy signings Oliver Beard, Brendan Owusu-Ansah and Osita Isichel are all likely to be loaned out to build up more experience, and therefore won’t play on the opening day.

Kinnear’s other new signings are Christian Nanetti, Nick Deverdics, Tyrone Sterling, Sean Francis, Matt Lock, Jake Reid and Stefan Payne and are all fit and some may play a part at the weekend.

Striker Nathan Elder scored 15 goals for The Whites last season and will face competition from Reid and Payne who scored 31 goals in 46 games for AFC Hornchurch last season.

In the 2012/2013 season, Halifax Town got promoted via the play offs and had a terrific season in the Conference.

That season was the first time The Shaymen played in the Conference since the old club Halifax Town AFC were liquidated in the summer of 2008.

Halifax Town finished 5th last season and were edged out 2-1 on aggregate in the play-offs to Cambridge United, who eventually clinched promotion to League 2 beating Gateshead at Wembley.

Neil Aspin’s Halifax have had a positive pre-season having won seven from eight, beating three League 1 teams along the way which were Barnsley, Notts County and Rochdale.

The only pre-season defeat for The Shaymen was a 1-2 loss to Preston North End.

The Shaymen will no longer have last season’s second top scorer Lee Gregory after he signed for Championship club Millwall for an undisclosed fee on a three year contract.

Gregory scored 31 goals in 39 appearances for Halifax and was an integral part of their promotion push last season.

The former Macclesfield and most recently Chesterfield striker Scott Boden joined Halifax earlier this pre-season to provide extra firepower for The Shaymen.

Boden was Halifax’s top scorer in pre-season finding the net on six occasions in seven appearances.

As well as Boden, Halifax signed another former Chesterfield striker Jamie Jackson, who had been on trial at the club.

After being on loan last season from Macclesfield Town, defender James Bolton put pen to paper on a permanent deal with Halifax and could well play a part against Dover.

*Lpic2*Halifax are certainly not shy in front of goal having scored a total of 85 goals in the Conference last season which was second highest, only behind champions Luton who managed 102 goals.

The Shaymen are close to making one more final signing prior the start of the season, which could be former Huddersfield Town winger Danny Schofield who has been on trial at the club.

Dover Athletic and Halifax Town have met 10 times in the past, all of which in the Conference. Dover’s record against Halifax is won 3, drawn 3 and lost 4.

The last time the two teams met was in the 1997/1998 Conference season with Dover drawing 1-1 at The Shay ground and losing 0-1 at Crabble.

Dover’s biggest win against Halifax Town was in March 1997 where they won 1-3.

The club will be hoping to see lots of supporters at Crabble on Saturday, but those who cannot make the game can stay updated via *Link1* on twitter.