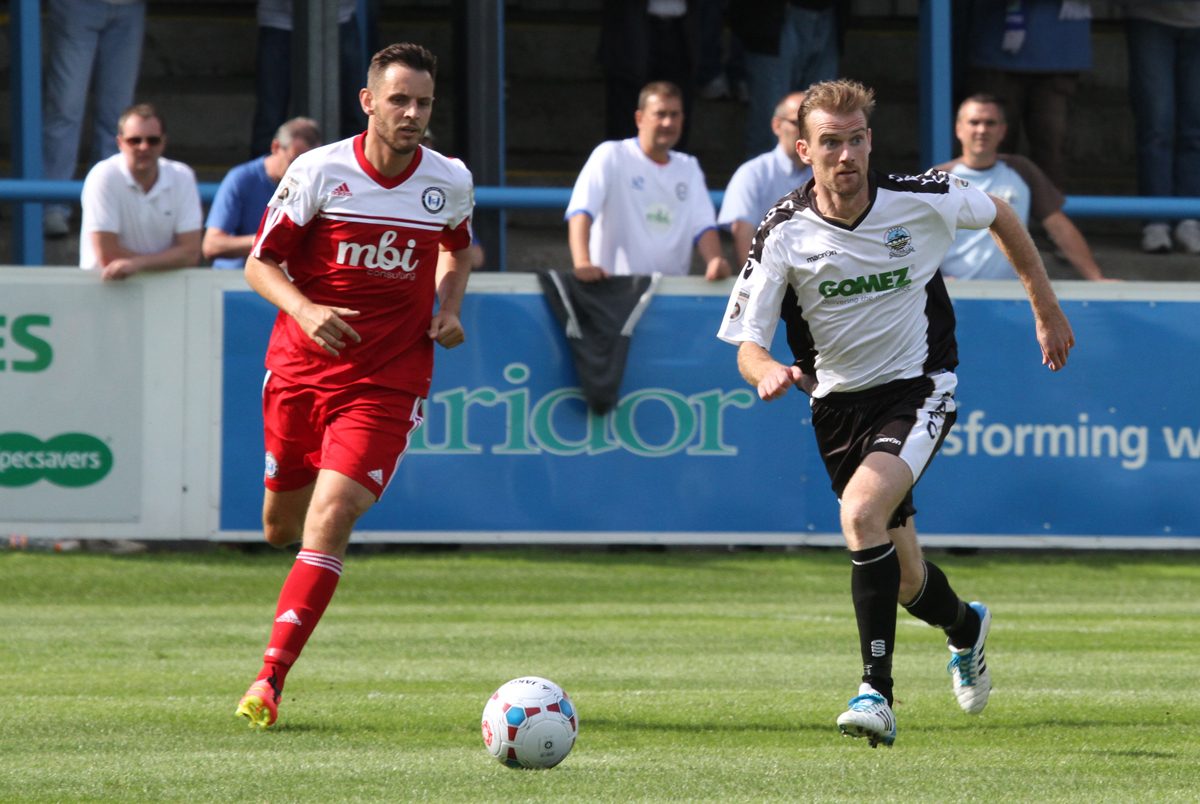 *BS*Dover Athletic look to recover from their FA Trophy exit on Tuesday evening as they travel to the Shay to face FC Halifax Town in the Vanarama Conference on Saturday.*BF*

Whites exited the competition in midweek after losing 2-1 in a Fourth Round Replay at Bath City after a thrilling 3-3 draw in the initial tie at Crabble just three days earlier.

With Chris Kinnear’s side now out of every cup competition, they only have the league to concentrate on as they look to push hard for a play-off position for the rest of the campaign.

They come up against a Halifax side who suffered similar misfortune to Dover after getting knocked out of the FA Trophy theirselves on Tuesday, but are stronger contenders for the play-offs.

*Lpic1**BS*TEAM NEWS*BF*
James Poole made an immediate impact after coming on as a substitute at Bath and superbly assisting Tyrone Sterling for Whites’ only goal of the game, and he is knocking on the door for a first Dover start on Saturday.

The former Bury striker has made nine appearances in two spells – scoring two goals – for Whites but all have come from the bench, and is looking to make the starting line-up while top goalscorer Stefan Payne serves the second game of his three-match suspension.

*BS*MORE ON THE OPPOSITION*BF*
Halifax, also known as the Shaymen, are currently in their second consecutive season in the Conference after the new club secured three promotions in four seasons since the demise of Halifax Town AFC in 2007/08.

*Lpic2*The Shaymen enjoyed an excellent first season back in the Conference as they finished 5th place to secure a play-off spot for the third season in succession but they lost 2-1 aggregate to eventual winners Cambridge United.

They currently lie 9th in the Conference and six points below the play-offs this season but have at least three games in hand over everyone in the top 5 due to postponements over recent problems with their pitch.

Problems with the pitch saw the Yorkshire side ‘host’ Dartford at Droylsden last Saturday but they played their first game at the Shay in 2015 on Tuesday – losing 1-0 to Wrexham.

But they hold a strong record at the Shay this season, having won 9 of their 14 league games at home in the Vanarama Conference.

*BS*HEAD-TO-HEAD RECORD*BF*
Dover entertained Halifax in their first Conference game in over 12 years following promotion from the Conference South but *Link1* through Scott McManus’ goal just after the interval.

In five meetings between the two sides at the Shay, Halifax and Dover have won two-a-piece with the draw coming in the final meeting in Yorkshire.

*BS*MATCH INFORMATION*BF*
Anyone wishing to travel to the game can book their place on the Dover Athletic Supporters Club coach – which departs Crabble at 07:00 and costs £30 for members and £35 for non-members, with an accompanied child under 16 jumping on for only £15.

Live text commentary will be provided on Twitter via @DAFCLiveText for supporters unable to make the game at the Shay.