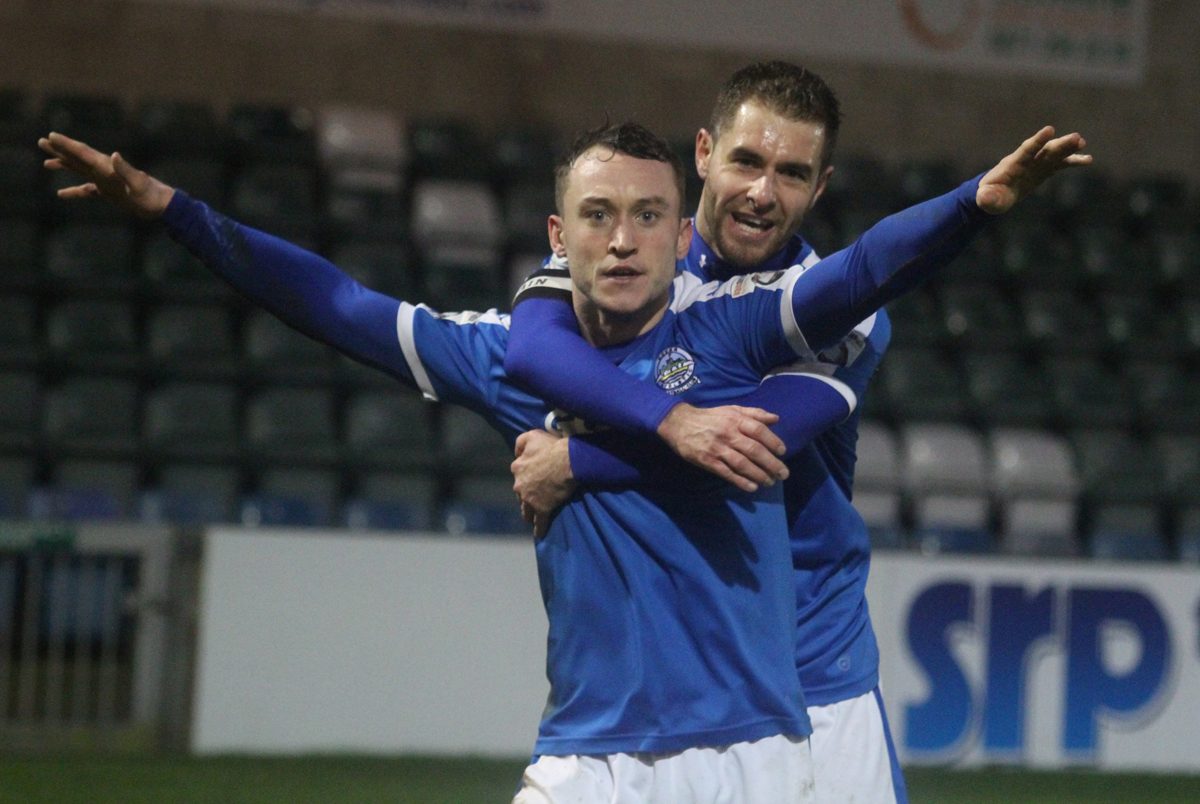 *BS*HEADLINES*BF*
For the second season in succession, Dover Athletic are through to the quarter-final stage of the FA Trophy – the elite knockout competition for non-league clubs. Last season’s campaign came to an end on a Tuesday night in Somerset, when – following a 3-3 draw at Crabble – Whites lost 2-1 to Bath City in a replay.

The side will be looking to make amends for that heartbreak, and make it into the semi-finals of the competition for only the second time in the club’s history – and the first in almost twenty years.

As for Nantwich, their progress to this point marks their first ever appearance in the quarter-final stage of the FA Trophy. Previously, they have made it to the first round proper on four occasions – and they will be hopeful of another good result to put them just one tie away from Wembley.

If Saturday’s match ends in a draw, then a replay will be held at Crabble on Tuesday 1st March (7.45pm kick-off) – in that eventuality, our scheduled match against Southport will be rescheduled.

Based in Cheshire, the club was founded in 1884 and their nickname is a reference to the town’s tanning industry. Their most notable competition win was in the 2005/06 season, when they won the FA Vase.

In the 2011/12 season, with former Reading, Bournemouth, West Ham and Northern Ireland striker Jimmy Quinn at the helm, Nantwich embarked on their most successful run in the FA Cup – reaching the First Round Proper for the first time in their history. They lost 6-0 to MK Dons, having beaten Ramsbottom United, Northwich Victoria, Kendal Town and Nuneaton Town in the competition’s qualifying rounds.

Quinn left the club towards the end of the 2012/13 season, with Danny Johnson taking the reins at the club. He spent almost two years in charge before being replaced by current manager Phil Parkinson – who was their captain for the club’s FA Vase victory almost a decade previous – in February 2015.

This season, The Dabbers have managed to find a strong balance between their league and cup campaigns. They sit in seventh place in the Evo-Stik League Northern Premier Division standings, seven points behind Stourbridge who occupy the final playoff spot.

Nantwich’s record over the same number of matches shows three wins, two draws and one defeat. The wins came against Bradford Park Avenue (FA Trophy replay, 5-0), Halesowen Town (3-0) and Stourbridge (FA Trophy, 1-0), with draws against Ilkeston (1-1) and Matlock Town (1-1) and a defeat against Blyth Spartans (1-2).

*BS*TEAM NEWS*BF*
Question marks remain over the fitness of goalkeeper Andy Rafferty and defenders Jamie Grimes and Aswad Thomas, meaning that Mitch Walker should continue between the sticks for Whites and Liam Bellamy can be expected to play at left wing-back once again.

January signings Tyrone Marsh and Harry Crawford and ineligible to play for the club in the FA Trophy, meaning a spot on the bench is probable for Mitchell Pinnock and Tom Murphy.

Aside from the three injury concerns named above, Whites are likely to field their strongest line-up with the possibility of a trip to Wembley well and truly on the horizon.