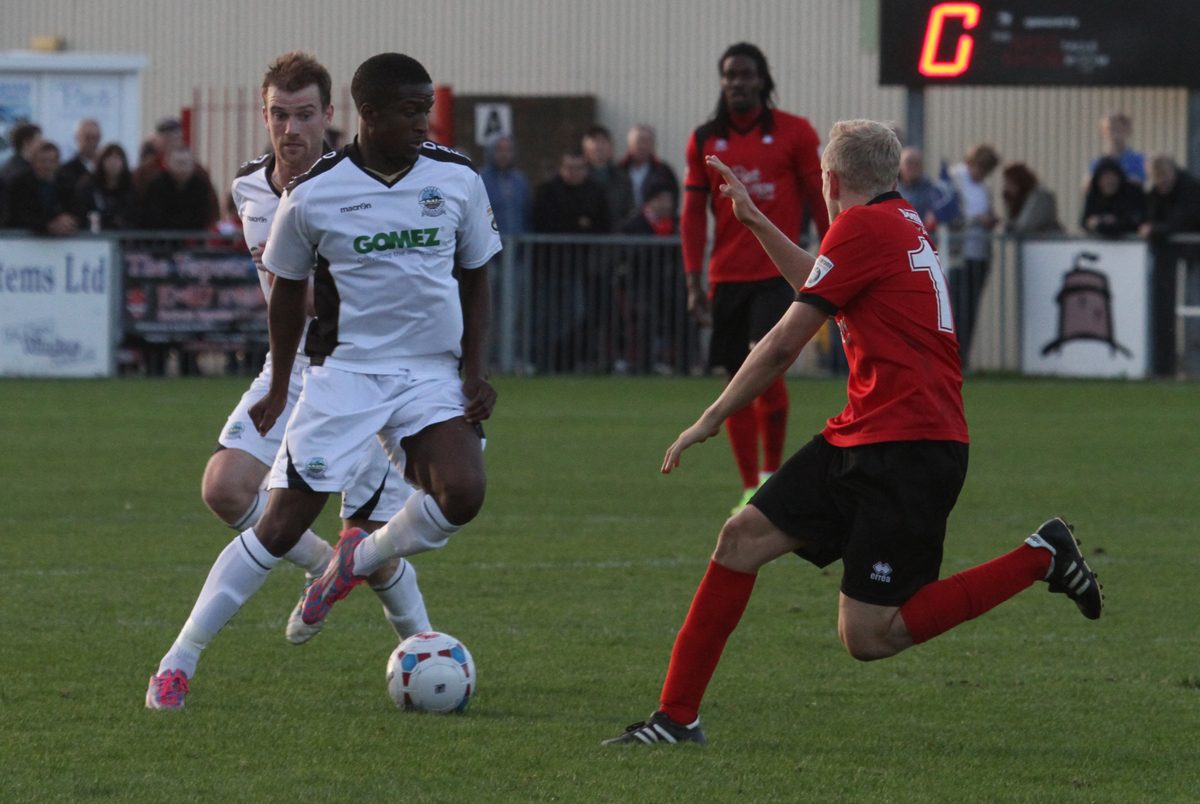 *BS*Dover Athletic turn their attentions back to the Vanarama Conference as they make the 630 mile round trip to Southport in Merseyside on Saturday.*BF*

Kinnear’s side will now face Morecambe in the first round proper. This is the third time in five seasons that Dover have made it the FA Cup first round.

Dover are currently one point and one place above the relegation zone in 20th position, however a win on Saturday will see them leapfrog Southport, who only have one more point than Whites.

*Lpic1*Club captain Craig Stone is expected to regain his place in the defence after being rested for the FA Cup replay last Tuesday.

Christian Nanetti made a late substitute appearance against the Sports and could also regain his places in the starting XI on Saturday.

Midfielder Matt Lock is a doubt for the game on Saturday, however he is close to fitness and may make his first appearance since the 2-3 loss at Nuneaton Town on Tuesday 7 October.

New singing Greg Rutherford was on the bench in the last game and will be hoping to be involved in the first team squad again.

Southport needed penalties to knock out Conference north side Tamworth in the FA Cup, although they did play 70 minutes with 10 men.

The Port are currently unbeaten in five games in all competitions and haven’t lost since losing a seven goal thriller 2-5 to Woking on October 4.

Just two days after the defeat to Woking, the club parted company with now ex-manager Martin Foyle and replaced him with Gary Brabin. This is now Brabin’s second spell at Southport.

Brabin is yet to taste defeat with the Port during his second stint at the club, having drawn three and won two games in all competitions.

Top scorer and danger man Richard Brodie will miss Saturday’s clash due to picking up his fifth yellow card of the season. He has netted five teams so far this season.

Youngster Luke George is ruled out due to a facial injury he picked up earlier in the campaign.

Dominic Collins is a doubt for the match against Dover with a back injury.

The last time Dover travelled to Southport was the 20 October 2001 *Link2*. The reverse fixture at Crabble that season resulted in a *Link3*.

The 2014/2015 seasons marks the fifth consecutive season that Southport have participated in the Conference.

The best season Southport had in the Conference was in the 2011/2012 season where they finished 7th, just five points adrift of a play-off position.

Dover have scored one more goal, and conceded one less than the Port so far this campaign.

Brabin’s side have kept six clean sheets so far this season while Dover have kept five in all competitions.

As we enter the month of November, Whites will be hoping to have similar form to what they had last year during the month having only lost once.

The match on Saturday will be segregated. Dover fans will be located behind one of the goals in an uncovered terrace.

Supporters unable to make the trip to the newly named Merseyrail Community Stadium on Saturday can keep up to date with all key moments during the game via the clubs twitter feed. Please follow @DAFCLiveText.