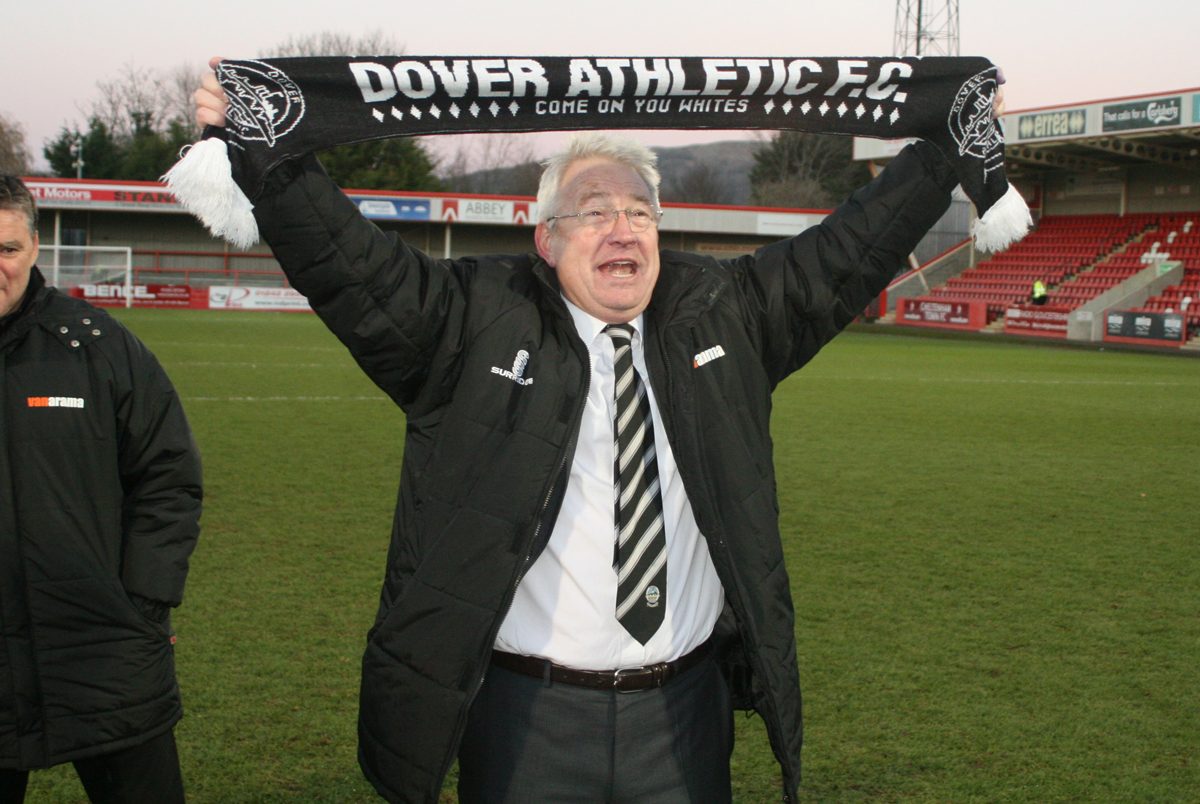 *BS*HEADLINES*BF*
Dover Athletic will be looking to continue their excellent home record in this tie, with Whites having lost just twice in the league at Crabble all season. A win for Whites would see them cement their playoff intentions for this season, and the scalp of Cheltenham would be one to savour.

Current league leaders Cheltenham Town sit two points clear at the top of the Vanarama National League before this weekend’s round of matches, and as such could find themselves in second place before kick-off. That is dependent on how Forest Green fare at home to Braintree Town, but regardless of that result, they will be seeking three points in an attempt to return back to the Football League at the first time of asking.

The fixture will be televised LIVE on BT Sport, with the cameras coming to Crabble for the second time this season. Back in September, Whites beat Woking 2-0 on a Friday night in a match covered by the broadcaster.

April 25th 2015 is a date that will rank amongst the lowest points in Town’s history. After sixteen consecutive seasons in the Football League, a defeat at home to Shrewsbury Town consigned the club to relegation – an unwanted return back to non-league football. Also relegated were Tranmere Rovers, and it was the Merseyside club who the bookmakers thought more likely to bounce straight back – but Gary Johnson’s men have defied these odds thus far.

They have occupied top spot in the Vanarama National League since November 9th, and have topped the core of their squad up with some strong additions. They make no illusions about their primary aim being to return to League Two at the first time of asking, following in the footsteps of Bristol Rovers, who achieved that feat last season.

*BS*RECENT FORM*BF*
Coming into the game, Whites have a record of five wins and two defeats in their last seven matches. Those wins came against Aldershot Town (5-2), Whitehawk (3-1, FA Trophy), Welling United (2-1), Lincoln City (3-2) and Southport (2-1, FA Trophy), whilst defeats were suffered against Grimsby Town (0-1) and Bromley (2-3). It is evident that there is no problem in scoring goals, but Chris Kinnear will undoubtedly be keen for his clean sheet tally to rise in the remaining months of the season if their aspirations are to be reached.

*BS*MEMORABLE MEETING*BF*
*IS*Sunday 7th December, 2014
FA Cup Second Round – Cheltenham Town 0-1 Dover Athletic*IF*
Connor Essam’s 83rd minute strike against Cheltenham Town on Sunday afternoon secured Dover Athletic’s place in the FA Cup Third Round Proper not only for the second time in four years, but also only the second time in the club’s history. Chris Kinnear’s Whites travelled to Whaddon Road on the back of an impressive 10 game unbeaten run, where they hoped to cause an upset against their League 2 opponents to progress to the next round of the competition. Almost 600 travelling fans made the journey to Gloucestershire to witness their team’s outstanding win, which came thanks to a late strike from Connor Essam. Highlights of that match, courtesy of FATV, can be seen here:

*BS*TEAM NEWS*BF*
Whites are expected to remain unchanged, with Tyrone Sterling’s excellent recent performances set to see him keep his place in the side, at the continued expense of captain Jamie Grimes. That would mean the armband is given once again to Whites’ assist king Nicky Deverdics, who has recorded the second highest number of assists in the top five levels of English football, with the Geordie midfielder recently admitting that he is relishing his temporary role.

Stefan Payne will serve the third leg of his four game suspension, whilst Liam Bellamy’s welcome return to the matchday squad against Southport last weekend will give Chris Kinnear a different option if he wishes to set his stall out more defensively-minded against a potent Cheltenham attack.

*BS*TOP SCORERS*BF*
Dan Holman, who enjoyed a loan spell at Crabble last season, has recently joined Cheltenham and his already-scored 14 goals this season sit him three ahead of strike partner Billy Waters, who scored twice when the sides met at Whaddon Road back in September.

Whites’ top scorer in the league is Ricky Miller with 12 goals, one ahead of Stefan Payne and two more than Nicky Deverdics.