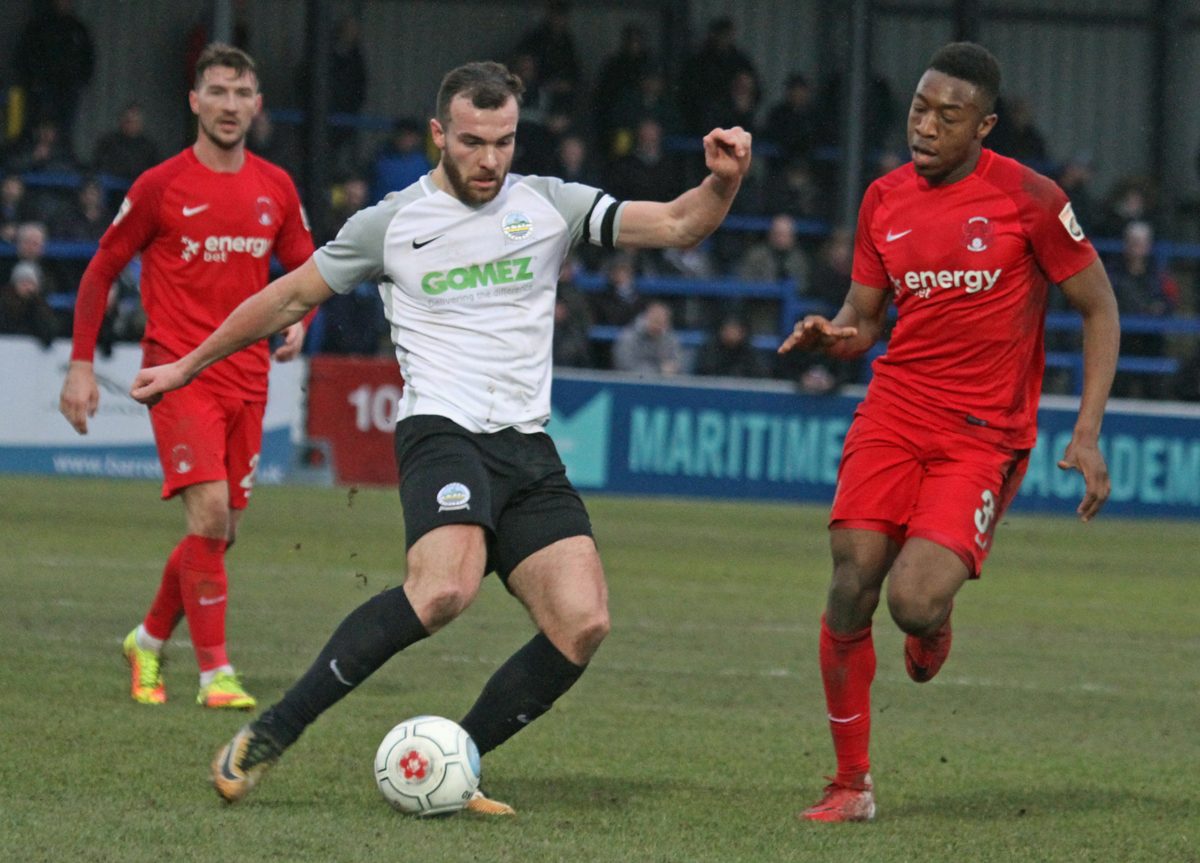 Dover will be looking to avenge their last-16 FA Trophy defeat against Orient when the two sides meet for a second time at Crabble this season.

The O’s, currently 16th in the National League, were victorious last month thanks to David Mooney’s late winner and visiting manager Justin Edinburgh will be confident of a win once again.

You see, his side have won their last three league matches away from home, with wins at Fylde, Halifax and Chester.

But Chris Kinnear will be buoyed his own side’s last home performance.  His charges beat Dagenham & Redbridge thanks to Mitch Pinnock’s spectacular winner.

However Athletic’s boss will be wary of a familiar face this weekend.

PLEASE NOTE THE MATCH IS SEGREGATED.

Gateshead set up a replay at the International Stadium after coming from three goals down at Brisbane Road.

The hosts looked to be cruising thanks to stunning strikes from Josh Koroma and Ebou Adams either side of the break.

And Orient’s passage to the last four seemed even more certain when Josh Coulson headed in Koroma’s free-kick with just over half an hour left to play.

The visitors scored what seemed a consolation on 68 minutes when Danny Johnson converted Scott Barrow’s cross.

Johnson was then at it again ten minutes later, firing past O’s keeper Dean Brill from a tight angle.

AN impressive comeback was not enough for Whites as they were knocked out of the FA Trophy by Leyton Orient at Crabble.

Sub David Mooney chipped in an injury-time winner after a brace from Ryan Bird and a stunning lob from Mitch Pinnock had seen the hosts overturn a three goal deficit.

George Elokobi had headed the visitors ahead in the first half, with further strikes from Macauley Bonne and Matt Harrold putting the O’s  in control.

Dean Brill had to be alert early on, tipping over Giancarlo Gallifouco’s looping header from Nortei Nortey’s ball.

And it was the visitors who had the lead ten minutes before the break as Elokobi powered in Jobi McAnuff’s corner.

Harrold was within a whisker of doubling Orient’s lead, just missing Jake Caprice’s ball across the goalmouth.

And there was still time for one more chance in a breathless first half as Josh Passley slid in to clear Harrold’s clever finish off the line.

Zimbabwean international Bonne collected the ball 30 yards from goal and curled a stunning effort into the top corner, beyond Walker’s despairing grasp.

And the tie was seemingly over once Harrold stabbed in Elokobi’s knockdown to make it 3-0.

But Dover and in particular Bird had other ideas as the striker fired Pinnock’s shot into the bottom corner to reduce the arrears.

With ten minutes left, Pinnock stylishly pulled his side back into the tie.

The winger took advantage of some miscommunication between Josh Coulson and Brill, lobbing over the stranded Orient keeper from distance.

And the turnaround was complete just one minute later thanks to Bird’s 16th goal in all competitions this season.

The striker slotted his second of the game, following up after Brill tipped sub Kadell Daniel’s angled shot his way.

But Orient sub Mooney had the final say with a classy finish, with Dover unable to muster a leveller in the final moments of the tie.

There is a coach travelling to Chester on Tuesday 6th March and it is not too late to book your space on it.

It departs Crabble at 12:30pm and the the prices are as follows:

There is also a coach leaving for Eastleigh at 10:45am on Saturday 10th March and the costs are:

Please call or text Andy on 0793 4300335 to book your seat, or see him in the Centre Spot after the match against Leyton Orient.