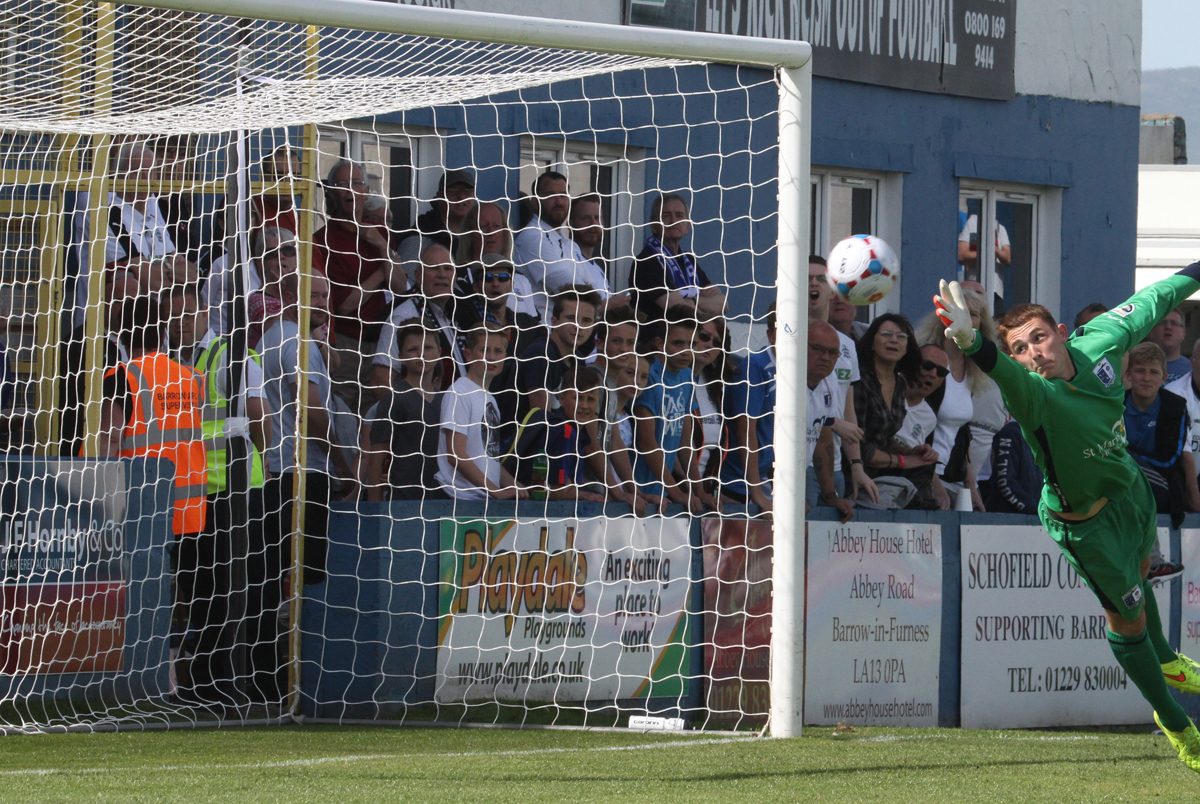 *BS*Dover Athletic host Barrow in the Vanarama National League on Saturday, knowing that three points will return them to a playoff spot having dropped out of the top five last weekend. Standing in the way are a Barrow side who ended a poor run of form with a 4-0 victory last Saturday.*BF*

Chris Kinnear’s men suffered their third consecutive defeat last weekend, with a 3-1 loss at Forest Green Rovers adding to a league defeat (Eastleigh, 1-2) and a loss in the FA Cup (Stourbridge, 1-2). Despite this run of form, manager Kinnear – and his squad – have been united in assuring supporters that confidence is still high within the camp, and that things will get back on track shortly.

In all honesty, Saturday’s match was incredibly tough to play in – gale-force winds rendered football almost unplayable, with both sides severely suffering in the conditions. Assistant manager Jake Leberl described the wind as “the strongest I have ever known” – but was focused on helping to bring the side back to winning ways against Barrow this weekend.

Performances in the two league defeats have been good, and similar efforts on Saturday will give the side a good chance of picking up all three points.

The defeat against Eastleigh ended the club’s honour of being the only club undefeated at home in the league at the time but despite this, the side’s record at home is very, very good. 21 points from their 10 games is the joint-third best record in the division, and a good opportunity awaits to improve it further.

In contrast, Barrow’s efforts on the road have not yielded much success – they have recorded just two wins from their 11 travels (2-1 vs Macclesfield Town, and 1-0 vs Tranmere Rovers), giving them the third worst away record. They have already lost 8 times on the road.

Whites now sit in sixth place in the Vanarama National League standings, just one point behind Eastleigh in third place. In a competitive weekend of league fixtures, it’s first vs second as leaders Cheltenham Town host Forest Green Rovers, and third vs fourth as Eastleigh welcome Grimsby Town to Hampshire. As such, a win for Dover on Saturday would return them to the top five – a big incentive for the side.

Barrow are in 15th place ahead of Saturday’s game, eight points away from the playoff places, and 12 points clear of the relegation zone. Their form has been poor recently, with just four points from their last five matches, however they arrested their slump by beating Torquay United 4-0 last weekend.

Looking at the team news, Whites will welcome back Richard Orlu to the matchday squad, following his one match suspension served against Forest Green Rovers. He is expected to make an immediate return to the starting line-up, potentially at the expense of Tyrone Sterling, in a move which would see Whites return to the formation and setup that has served them so well this season. Andy Rafferty was given the nod in goal again against Forest Green Rovers, and should keep his place between the sticks for Saturday’s match. Jaydon Gibbs (back) and Liam Bellamy (knee) remain unavailable.

Barrow have one of the league’s top scorers on their books, with Andy Cook already hitting 11 this season. Their next top finisher is only on four goals however, showing how much important and emphasis is put on Cook’s goals. Whites’ top scorer remains Stefan Payne with nine, two ahead of midfielder Nicky Deverdics.

It was Deverdics who found the net the last time the two sides met – on the opening day of this season, when the Cumbrian side ran out 2-1 winners.