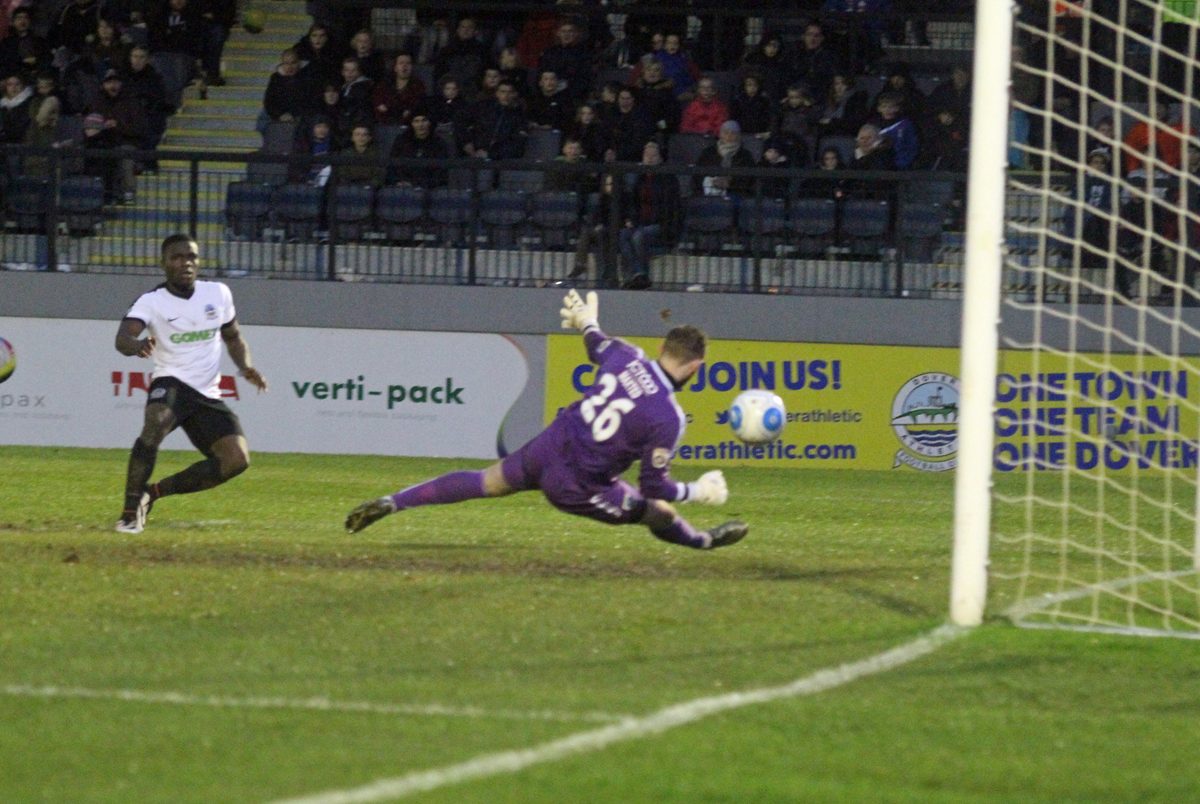 DOVER’S exhausting schedule continues on Tuesday with a third game in six days when Woking coming calling at Crabble (7.45pm).

Whites won both games against the Cards last season, but will start their bid to repeat that without striker Ricky Miller.

Miller will serve a one-match suspension following his fifth yellow card of the season during the 2-0 win against Guiseley at tonight’s venue.

His place is expected to be taken by one-time Woking loanee, Ross Lafayette.

Lafayette was rested for Saturday’s game and was an unused substitute.

The Cards won 3-0 at Maidstone on Saturday, their first away win of the season in the league which saw them rise out of the relegation zone.

Fabio Saraiva’s sixth goal of the season gave boss Garry Hill’s side the lead on the half-hour mark before Gozie Ugwu’s double either side of half-time secured the three points.

Their previous two league games saw a 1-1 draw at home against North Ferriby United and 2-1 defeat at Boreham Wood.

In between those games, Woking advanced to the second round of the Emirates FA Cup after a 4-2 win away at Stockport County.

Whites’ top scorer this season is Miller with 21 in all competitions but he will be missing, so Lafayette with six, is Whites leading man in his absence.

Fabio Saraiva is Woking’s top marksman with 10 goals in league and cup games.

Assistant boss Jake Leberl says there are no injury concerns with all players fit and available for selection.

The game starts at 7.45pm but if you are unable to make the trip to Crabble, we will have live updates on Twitter – @DAFCLiveText follow us and get all the news as it happens!

The Supporters Club are running a coach for the league games at Macclesfield Town and Sutton United and details are as follows:

Coach leaves Crabble at 7.45am and the cost is as follows:

Coach leaves Crabble at 4.30pm and the cost is as follows: