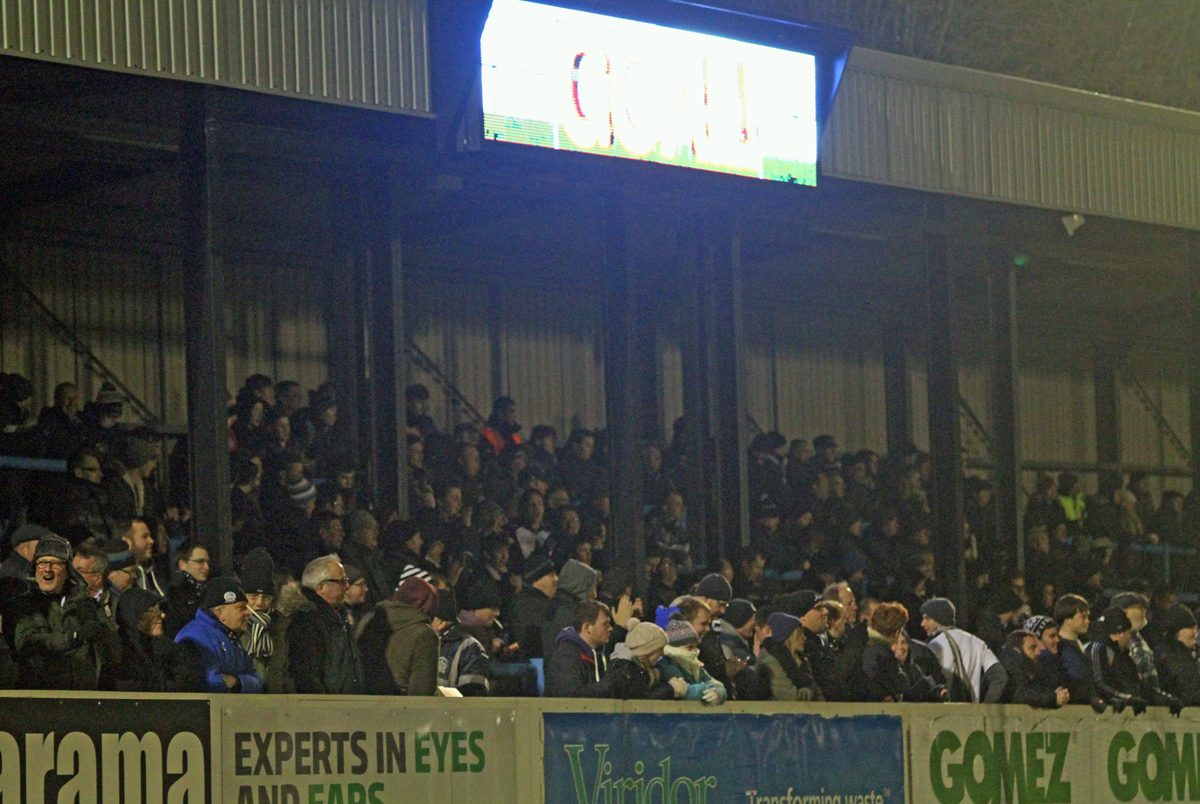 *BS*Dover will be looking to make it five wins from five on Saturday as they welcome Wrexham to Crabble, with the side sitting in the 4th place in the Vanarama National League table. Come to Crabble and bring a friend to help cheer us onto another victory.*BF*

After travelling over 1,000 miles in four days, a confident Whites side made it four consecutive wins on Tuesday night with a 3-2 victory over Torquay United on Tuesday night. That was the first time this millenium that a Dover Athletic side have won four in a row in this league, and now the challenge is on to make it five out of five.

Prior to that match, Whites beat Gateshead (3-2), Woking (2-0) and Eastleigh (5-2) – a run of results that have surprised many, but not Chris Kinnear and his side – who always felt that it was only a matter of time before they really clicked and pulled off results like we have seen recently.

So, it’s back to Crabble on Saturday with Wrexham the visitors – a side that were dispatched at this venue last season, and the club are hoping for a bumper crowd to mark Non-League Day and help the side onto an historic victory.

Dover remain one of just four sides to have lost twice this season – along with Cheltenham, Tranmere and Grimsby – and are yet to lose at home this season, picking up 15 points from seven games.

A win for Whites could see them climb to second place, whilst three points for Wrexham could lift them six places to third.

*BS*TEAM NEWS*BF*
An unchanged line-up is expected for Chris Kinnear’s side on Saturday. Liam Bellamy has had a scan on his knee and the club are awaiting the results of this, so Jack Parkinson remains confident of being selected in central midfield once again. Sam Magri is unavailable as he is on international duty with the Malta under 21 side, so Jaydon Gibbs should be given the nod at right back once again.

Ricky Modeste has now completed his first training session with the side since his injury, and should be in contention for a place in the squad in the coming weeks.

Wrexham are not believed to have any injury doubts ahead of the match.

*BS*MORE ON OPPOSITION*BF*
Wrexham finished in 11th place in the league table last season, three places and two points behind Dover. Similar to Whites, they reached the Third Round of the FA Cup – losing to Premier League side Stoke City – and had a good run in the FA Trophy, eventually finishing as runners-up to North Ferriby United.

The Welsh side are under new management – at the end of April, they recruited Gary Mills from Vanarama National League rivals Gateshead, charged with the task of bringing the side back into the Football League for the first time since their relegation from the League pyramid in the 2007/08 season.

Currently occupying ninth place in the Vanarama National League table, Wrexham are winless in four, having lost to Eastleigh (2-3) and Chester (2-3), with points picked up against Grimsby (0-0) and Tranmere (2-2). Away from home, they have claimed seven points from seven matches – the 15th best record away from home in the division.

James Gray and Dominic Vose lead the way in their goalscoring charts with five apiece, whilst for Dover, Stefan Payne’s recent hot run of form sees him leads the way for Whites with eight goals.

*BS*LAST SEASON*BF*
Whites recorded a 2-0 win over Wrexham at Crabble in January, with our goals coming from Tom Murphy and Sean Raggett, before the sides played out a 1-1 draw at The Racecourse Ground in the reverse fixture in March – Ricky Modeste scoring our goal.

Highlights from our 2-0 home victory can be seen here:

This match WILL be segregated.

To celebrate Non-League Day at our home fixture against Wrexham this coming Saturday, the club are offering home fans free beer, tea and coffee prior to the match kicking off.

The board, along with club partners and long time supporters Nick Cunningham and John Pettman of Exclusive Household Staff, are making the gesture to encourage as many home fans as possible to come up to Crabble and help build the pre-match atmosphere ahead of the big Vanarama National League match.

Between 12.30pm and 1.30pm, home – and neutral – supporters should make their way to the bar in the Centre Spot, where they can claim one pint of Fosters per customer, per trip to the bar. Please note, we have the right to refuse to serve anybody, for any reason, at the discretion of Centre Spot staff. We encourage supporters to drink responsibly.

In addition, the first 30 fans to arrive at the Centre Spot will receive a FREE quarter pounder burger, courtesy of Wallets Court Hotel.