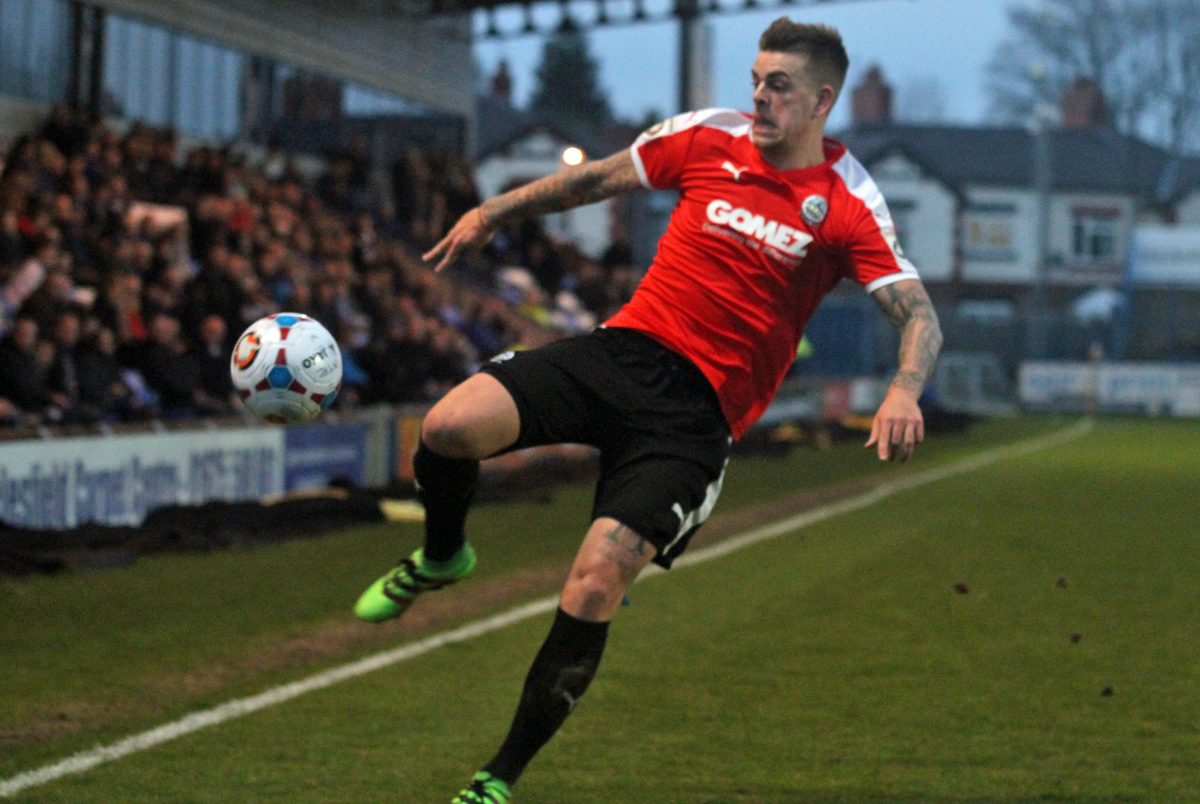 DOVER will be aiming to secure a third consecutive win on the road in the National League when we head to Cheshire on Saturday to tackle Macclesfield Town at the Moss Rose.

Whites won 3-2 at Solihull Moors on their last away day and 2-0 at Bromley the trip before that.

But the Moss Rose has not been the best of hunting grounds for boss Chris Kinnear and his sides of late.

Whites have not scored in their past two games at the venue and have headed home with just a single point out of a possible six.

Macclesfield were relegated from the fourth tier in 2012 and have not finished higher than sixth as they bid to return to League Two.

Their manager, John Askey, highlighted the importance of home form as his side look to build on a good week on the road.

The Silkmen collected four points from a possible six in their last two games and speaking to mtfc.co.uk, Askey said: ??This is a really important time for us. We??ve got to start making the Moss Rose the place where people don??t want to come.

On the return to the Moss, Askey added: ??On the road, we??ve been strong. Our away form is as good as anyone. Of course it will be nice to play at home again, but only if we can get a win.?

The Silkmen drew 1-1 at Gateshead on Tuesday after Danny Rowe??s equaliser cancelled out Danny Johnson??s opener for the Tynesiders.

That point sees them 10th on the National League ladder, four places and six points behind Whites.

In their previous two league games, Macclesfield won 2-1 at Aldershot Town after suffering a 1-0 defeat at home against league leaders Forest Green Rovers.

Before that, they dumped Walsall out of the Emirates FA Cup after a 1-0 win at the League One side.

Whites’ top scorer in the league this season is Miller with 19, the best return in the competition.

Chris Holroyd is Macclesfield??s top marksman in the league with eight goals.

Assistant boss Jake Leberl says the only player under an injury cloud continues to be Ricky Modeste.

He has missed the wins over Guiseley and Woking with a sore hamstring.

Leading scorer Miller is available after serving his one-game suspension against Woking.

He has already played against Whites this season when Miller scored the only goal of the game as Dover won 1-0 at York on September 17.

Brodie, who has scored five league goals for York this season, made his Macclesfield debut as a second half sub in the win at Aldershot last Saturday.

For Dover fans wanting to show their colours at Macclesfield by wearing the matching shirts as the players, captain Jamie Grimes and his team-mates will be wearing their yellow shirts.

The game starts at 3pm but if you are unable to make the 528-mile round trip to the Moss Rose, we will have live updates on Twitter – @DAFCLiveText ?? follow us and get all the news as it happens!

Keiths Bar is open to home and away supporters at the discretion of the club to enjoy refreshments and pub grub before and after the game.

Doors open at 12.30pm on a Saturday, providing plenty of time to relax in a welcoming atmosphere and catch the early match live on Sky Sports.

Match day programme is ¶3 for 48 pages and is available from a number of locations outside the ground.

The Supporters Club is running a coach to Macclesfield Town and it is not too late to get on it.

It leaves Crabble at 7.45am and the cost is as follows:

There is also a coach going to Tuesday??s game at Sutton United, leaving Crabble at 4.30pm and the cost is as follows: