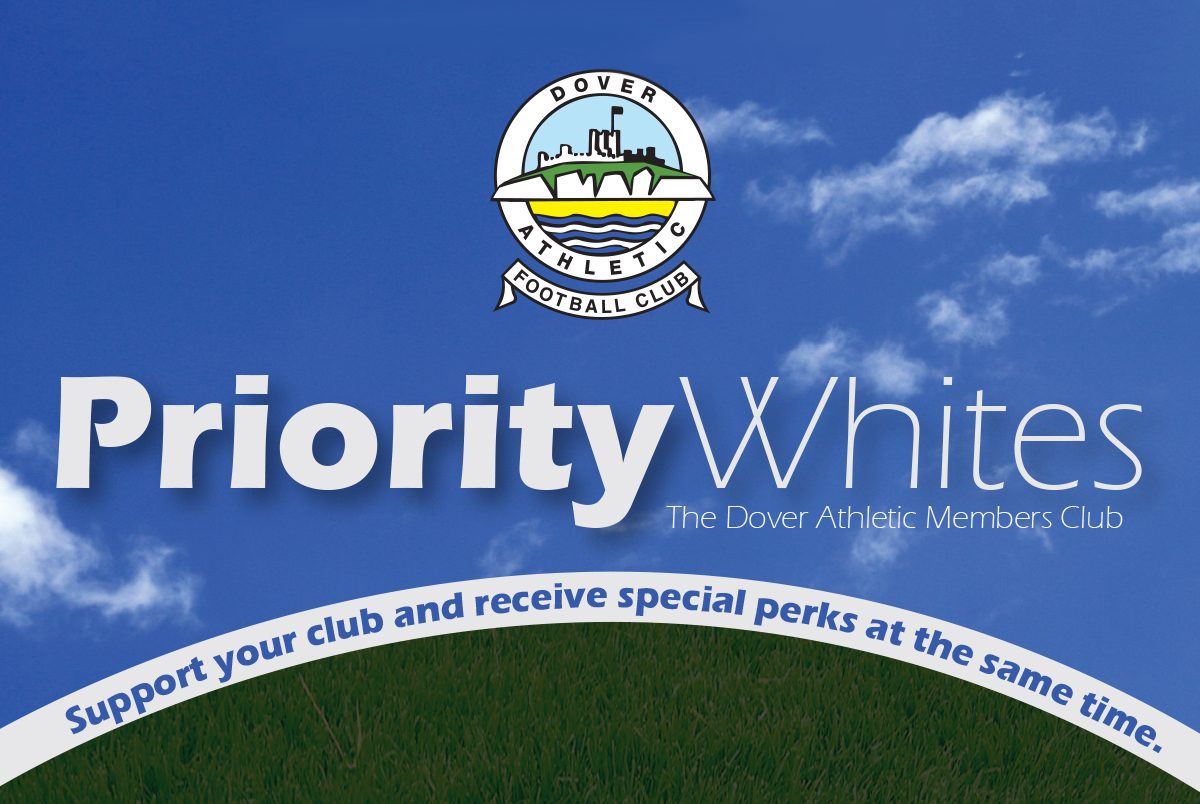 *BS*Today is the last opportunity to become a Priority Whites member before the club look to embark on another FA Cup run – so sign up now and make sure you don’t miss out on tickets for any big Whites game this season!*BF*

Priority Whites is a unique membership club offering supporters a range of benefits, including priority on tickets, for a small annual fee.

The club launched the scheme back in August, aiming to provide fans with the inside track of everything going on at the club. As a Priority Whites member, you will receive:

– Priority access to match tickets (after season ticket holders) for games which are all-ticket (including Emirates FA Cup ties);
– A welcome pack including your membership card;
– A Dover Athletic car sticker;
– A Dover Athletic pin badge;
– Special news and information updates straight to your inbox;
– Exclusive competitions and offers.

Memberships are now available from www.dafcdirect.com for the low, one-off yearly cost of just £15.

If the club progress in the Emirates FA Cup tie against Stourbridge tomorrow, then new memberships will be temporarily suspended before the Second Round draw. At the club’s discretion, they may become available once again after the draw has been made. This policy will apply to all potential future rounds of the competition, as we are keen for our genuine supporters to have the best access, rather than those who may only decide to seek tickets in the event of a lucrative tie, as in the event of last season’s match against Crystal Palace.

A Priority Whites member will never need to worry about potentially missing out on a big game again – plus, you’ll be supporting your club whilst receiving special perks at the same time!

Join NOW at the below link: