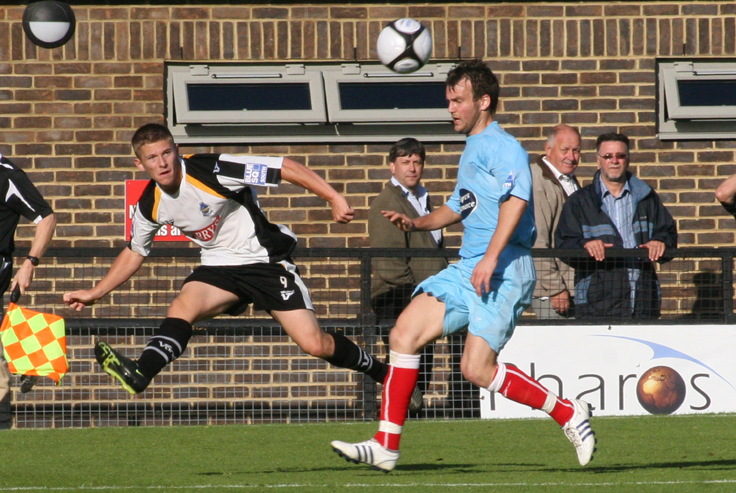 *BS*UPDATE: Andy Pugh has returned to Gillingham. We wish him well for the future and thank him for his service.*BF*

*IS*Article by BBC Sport prior to decision:*IF*
Dover Athletic are waiting to find out if Gillingham will allow striker Andy Pugh to play in the FA Cup third qualifying round tie with Welling on Saturday.

The Gills initially gave permission for the 20-year-old to play in the last round against East Preston, but the paperwork did not complete in time.

Pugh’s loan spell ends after Saturday’s game so Whites are giving Gillingham the chance to change their minds.

He joined the club for a month when Andy Hessenthaler’s side was hampered by injuries to Adam Birchall, Frannie Collin and Shaun Welford.

The youngster scored a debut goal in the Blue Square South victory over Hampton & Richmond.

“It’s Andy’s last game of his loan spell when we play Welling so whether he’ll be available for that game I’m not sure,” Hessenthaler told BBC Radio Kent.

“We’ll have to speak to Mark [Stimson, Gillingham boss] about that.

“I need to speak to the player as well to see if he wants to make himself cup-tied being that it could be his last game.”