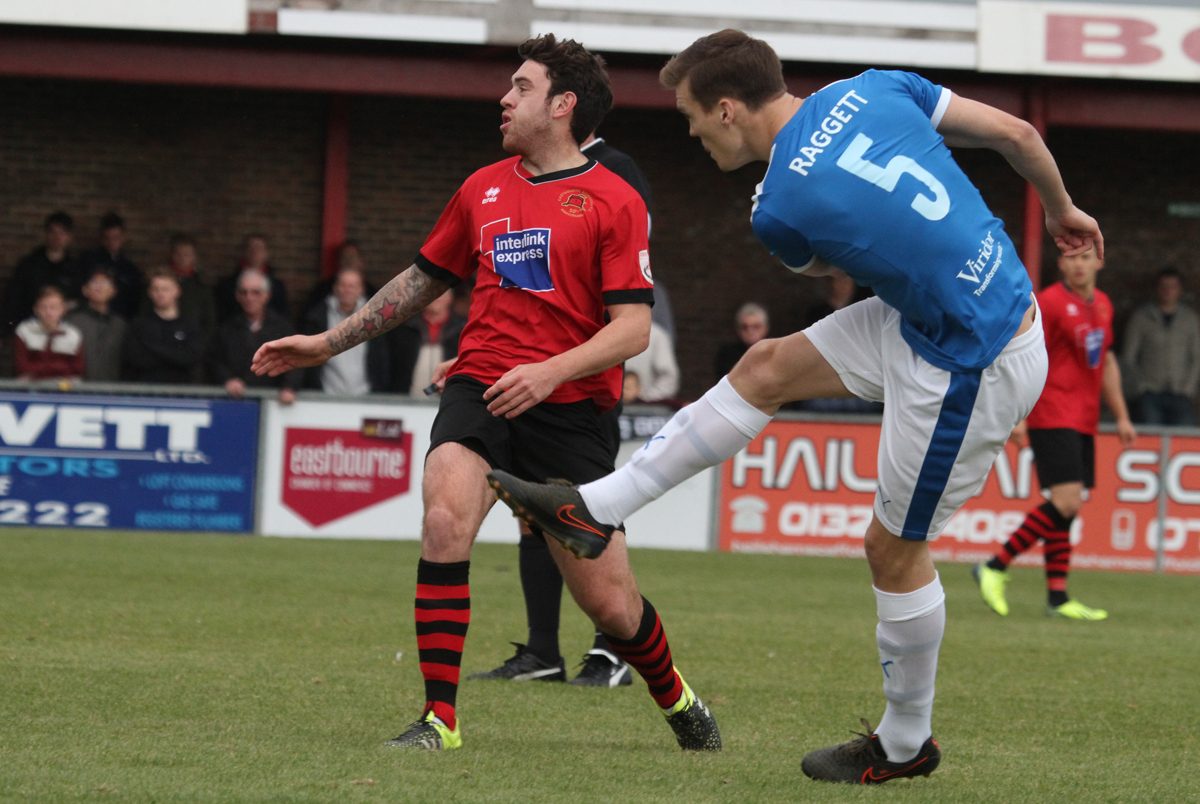 *BS*Dover Athletic defender Sean Raggett speaks to doverathletic.com editor Jack O’Sullivan, assuring fans that confidence within the dressing room is still high, and that they travel to Forest Green Rovers tomorrow with one intention – to win.*BF*

The commanding centre-back has played an integral part in Whites’ successes so far this season, playing every minute in all but one match, and contributing one goal – the last-minute winner against Altrincham at Crabble in August. Judging his campaign so far, he said: “I am happy with how my own season has gone so far. However, I always want to improve and there are definitely ways that I think I can play better, but I am still learning.”

Any suggestions of Whites having hit a rocky patch – on the back of consecutive home defeats to Stourbridge in the FA Cup, and then Eastleigh in the Vanarama National League, were quickly quashed by Raggett: “I don’t see it as a rocky patch at all. I guess, in terms of how our season has gone so far it could be, but overall it’s definitely nothing to be too concerned about. We played much better against Eastleigh than Stourbridge, and were very unlucky not to get at least a point on Tuesday night.

“We are going to Forest Green Rovers tomorrow confident we can turn it around and get back on track. They are a good side, and it will be tough, but we often suit playing away from home against the supposed bigger sides.”

Indeed, Whites have won away from home at Eastleigh, Gateshead, Torquay United and Tranmere Rovers, four games in which they started as underdogs. When asked why this extra level of performance – and primarily results – has been seen away from home, the Gillingham-born man commented: “When we go to these sides, they usually expect to win. However, we back ourselves defensively and with our pace in attack, we can often get them on the counter attack.

“That suits us, for sure. We are tough to beat, and strong defensively, which is the foundation you want in any team. If we’re like that at the back, then with the quality we have up front we will win more than we lose. We’re able to soak up pressure and then use our pace and fitness to win games late on.”

Last weekend’s FA Cup defeat against Stourbridge, Raggett explains, was tough to take – on both a team and personal level: “I didn’t know how to feel – it was a situation I hadn’t really been in before. It was the first time that it had happened to me, where we had been on the wrong side of an upset.

“It took me a couple of days to get over it, and I’m desperate not to go through that again. It’s an experience that will give us extra motivation and focus for the rest of the season, and in the FA Trophy too. We won’t let the same mistakes happen again.”

Raggett has primarily played in front of Mitch Walker this season, however on Tuesday night he found himself defending Andy Rafferty’s goal, with the stopper brought into the side to replace the suspended Walker. It’s a situation Raggett is happy with either way, however: “They are both top guys and superb goalkeeper, and either of them would get into the majority of sides in this division.

“They have a great relationship and get on very well. They’re very supportive of each other and that’s good to see. I thought Raffers had a very good game on Tuesday night and make some excellent saves, including the double save from the penalty.”

Raggett remains confident that a top-five finish for Whites is achievable: “Finishing in the play-off places is still our ambition. It was our aim at the start – not just now we are doing well – it’s always been what we’ve wanted to achieve this season.

“To make it into the Football League with Dover would be great, it would mean a lot to me. I’ve been here for a little while now, and it would be another promotion for me which would be nice. We definitely have what it takes to make it there, now we just have to keep this good start up because there is still a lot of football to be played.”