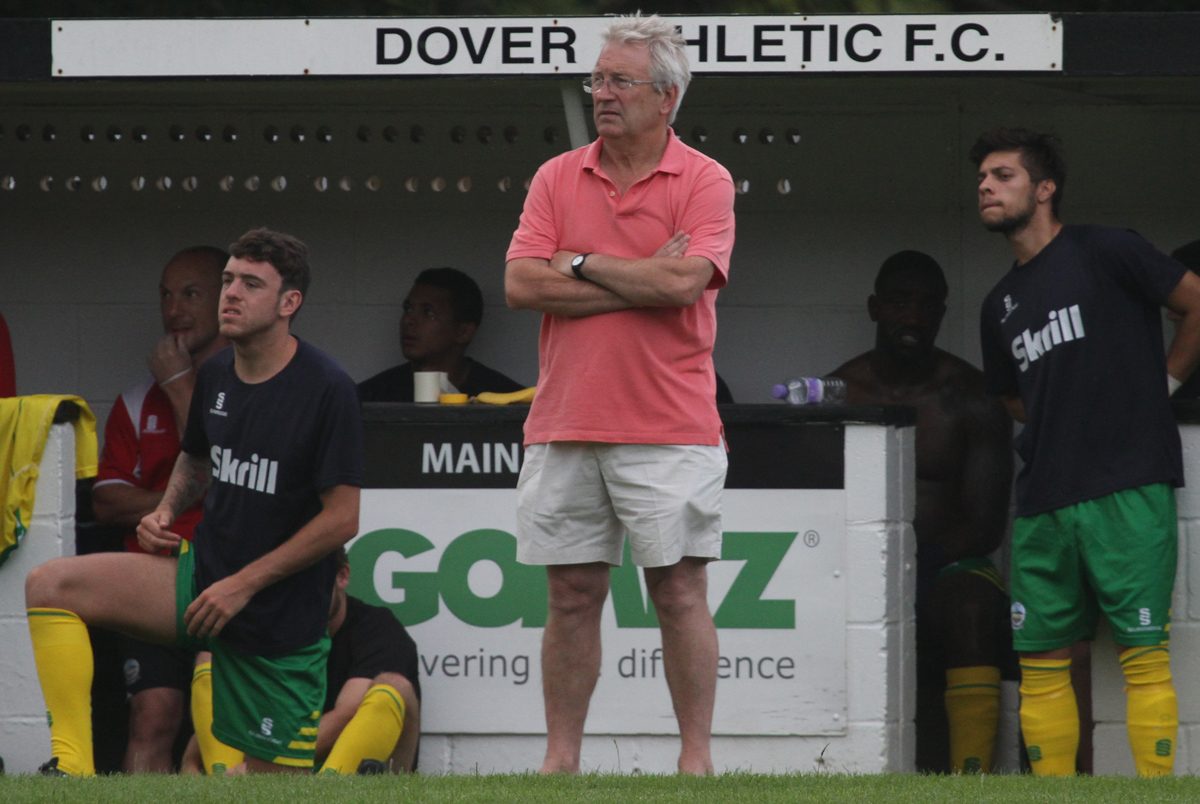 Dover can count themselves unlucky to be on the receiving end of a 1-0 defeat against in form Grimsby at Crabble tonight, but manager Chris Kinnear was able to see plenty of positives from the match. ‘Remember this is a side that could possibly win it and have won six out of their last seven, but there was not much difference between the teams – They were just a little bit cuter and had a little bit more experience.’

A moment of controversy right at the death stopped Whites from claiming a deserved point as Sean Francis’ bullet header appeared to strike a hand in the box. ‘Everyone in the ground saw it was a penalty, so I am not sure what that was all about, but we do not tend to get a lot in the end. Yes it was disappointing to lose, but the supporters still clapped the lads off which they deserved as they gave it a real good go.’

One blot on Dover’s recent record is starting games poorly as John-Lewis early strike proved, something that Chris is well aware of. ‘It was mentioned to be honest and we will have to deal with that as small weaknesses need to be eradicated, but I cannot fault the players as whoever is out there is doing the job. You might see one or two play really well, but that is because the rest of the team are supporting them.’*Q1*

He also added ‘Grimsby had a really good balance with really strong forwards and very pacy wingers. At the back they were no nonsense. But today showed that we are not far away and are still learning. If the players are prepared to learn then they will stick with us.

Next up are bottom club Telford, who could well be ninety minutes away from guaranteed relegation unless they can beat Dover at Crabble on Saturday. ‘They are fighting for their lives and it will be a great experience for the lads’ said Chris. ‘They have just won 2-0 and it will be an interesting game. They are not the worst side I have seen and we could get beaten if we show the wrong attitude. Saying that I don’t think they will as they are all in good spirits right now.’*Lpic1*