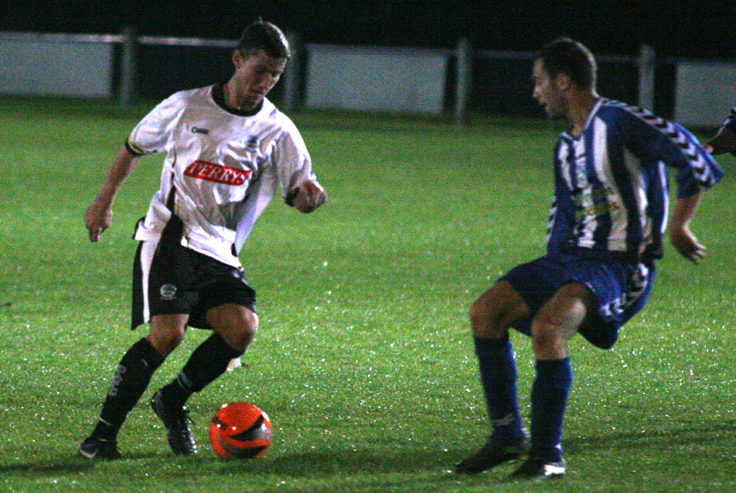 *BS*JAMES ROGERS is to join Margate after leaving Dover Athletic by mutual consent.*BF*

‘Rogo’ recently became Whites’ longest serving player, having made his debut against Moor Green in 2003, when he scored a memorable goal direct from a corner.

The versatile midfielder was a regular for Dover Athletic in the club’s rise through the Ryman League, playing at left back, in central midfield and on the wing. He played a crucial role in the Ryman Premier championship season, scoring several important goals from distance.

Whites’ boss Martin Hayes said: “James wanted first-team football. We thank him for his loyal service to the club and wish him all the best.”