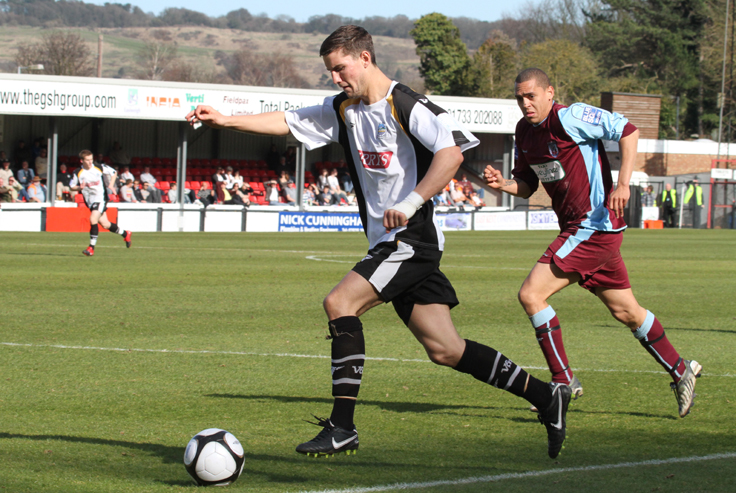 *BS*Dover Athletic are pleased to announce the return of James Rogers to Crabble. The versatile left-sided player joins from Skrill Premier side Dartford on a free transfer.*BF*

Whites’ boss Chris Kinnear moved quickly to sign Rogers after learning that Lloyd Harrington has suffered a significant set-back in his recovery from a knee ligament injury.

With left back Tom Wynter also currently sidelined due to a hamstring injury, Rogers is likely to go straight into the side for tomorrow’s trip to Bath City.

James originally came to Dover Athletic as a 16 year-old and progressed through the youth system to become part of the first-team squad under then-manager Clive Walker.

‘Rogo’ went on to become an integral part of Andy Hessenthaler’s squad, which won successive promotions from Ryman South through to Conference South with back-to-back championships.

The versatile defender/midfielder scored some crucial goals in Whites’ Ryman Premier championship-winning season, including the first of six goals against Sutton United at Crabble to seal promotion.

Rogers left Crabble in 2010 to join Margate before becoming a key part of Dartford’s Conference Premier side after helping them win promotion in 2011. He has made over 100 appearances for the Darts, scoring six goals.