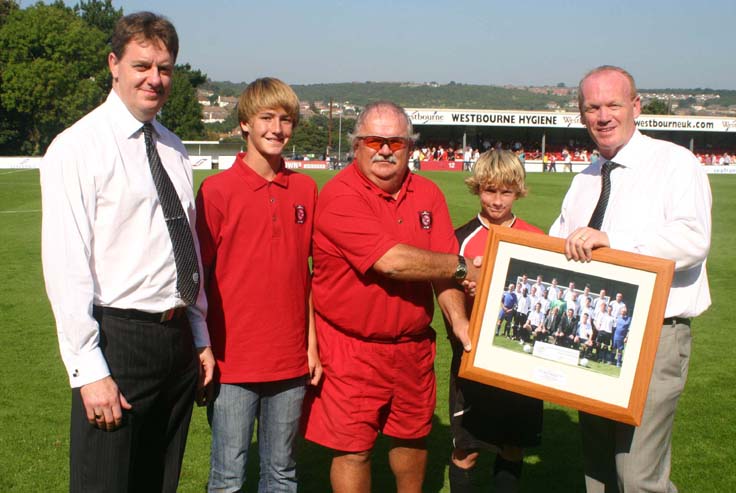 The trip was organised by Roger Castle, coach of San Clemente, himself a former Dovorian.

They stayed in Dover for a week and underwent some vigorous training sessions from Andy Hessenthaler and Darren Beale.

They played three matches against local sides recording one win, a draw and one defeat.

The San Clemente players and staff were guests at two of Whites’ league games, voting Jon Wallis as man of the match in the victory over Cray Wanderers.

Prior to their leaving, San Clemente were presented with a momento of their trip – a framed photograph of the DAFC first team presented by club director Roger Knight during the half-time interval of the Leatherhead game.

Despite the weather being atrocious for almost their entire visit it did not deter them from having a great time!