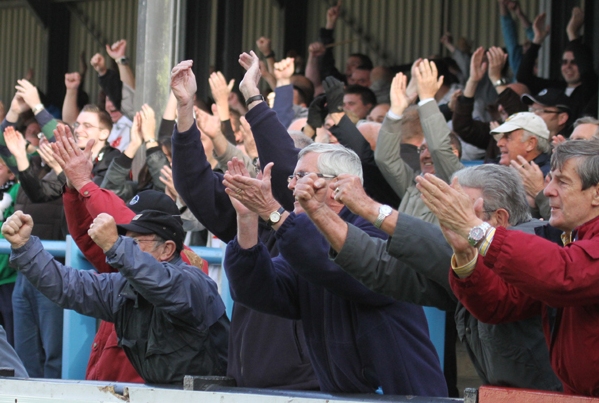 *BS*Whether Whites make the play-offs or not this weekend, there have been some outstanding individual and team performances this season.*BF*

Last week Dover fans voted for their player of the season. The winner will be announced this Saturday in the Centre Spot, soon after the St Albans match.

It is the final opportunity to show your appreciation for the efforts of players, staff and volunteers who have contributed to the club over the past ten months.

The consistently prolific goalscoring and inspirational performances of Adam Birchall have created many headlines and huge enjoyment for Whites’ fans this season.

Ross Flitney’s goalkeeping heroics in the FA Cup, shunning illness to thwart Gillingham at Priestfield helped Dover Athletic to its best ever run in the famous competition.

Groundsman Dickie Peters continues to be pitch perfect with his hard work on the Perrys Crabble turf, aided by investment from the club in drainage and equipment. The surface last Good Friday after a long season was quite outstanding.

From the chairman and directors to the staff and players, plus the matchday volunteers and Supporters Club, Dover Athletic finds itself in a strong position on and off the pitch.

Leaving all other issues aside, let’s not forget to show our appreciation to those who have made a difference at DAFC this season.