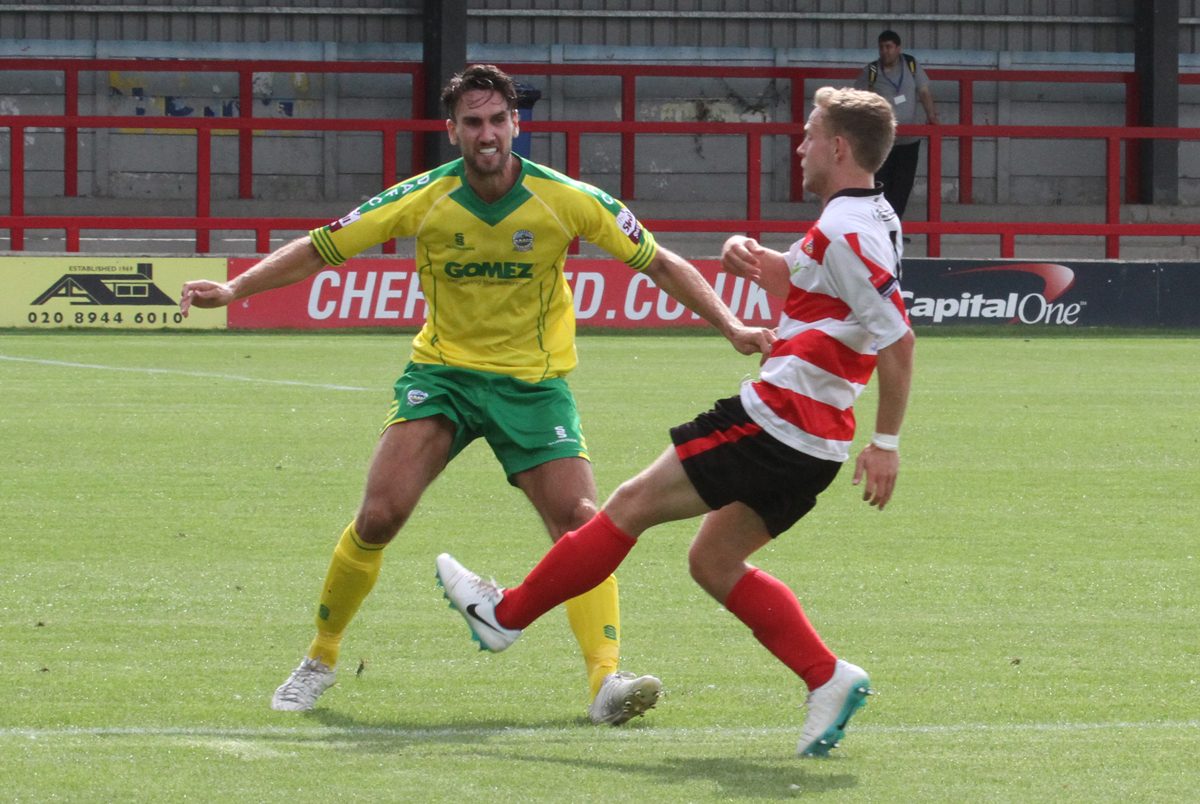 Substitute Sean Francis helped Dover Athletic claim their first point on the road in four weeks as they drew against Southport in the Vanarama Conference Premier.

Stefan Payne headed in his sixth goal of the season before John Marsden and Joe Connor put Southport in control in the first half, but Francis – who was excellent – emphatically headed home for a share of the spoils at Merseyrail Community Stadium.

It was a game which Kinnear’s side could have won, but they will still be content with a point as they prepare to take on League Two side Morecambe in the FA Cup First Round at Crabble on Saturday – with several key players likely to be rested on Tuesday’s Kent Senior Cup Second Round tie against Folkestone Invicta.