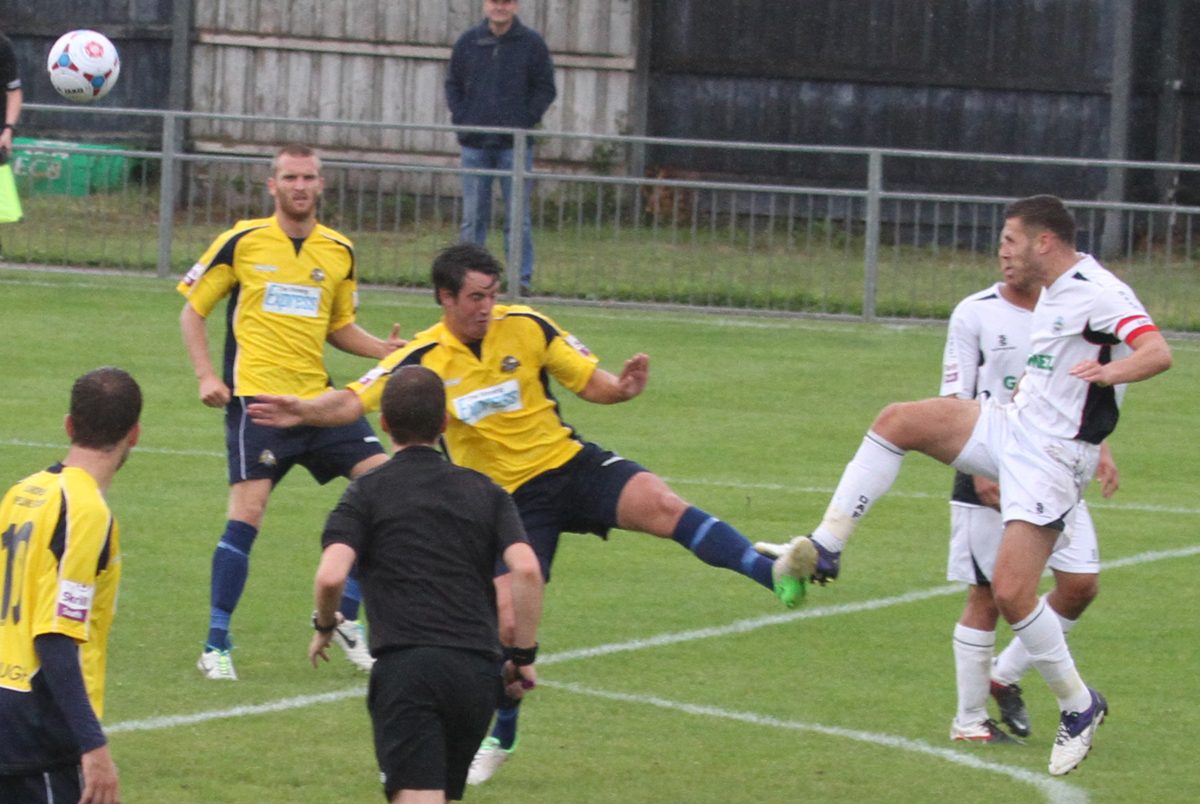 Stone’s 57th minute goal secured all three points for The Whites in a 1-0 victory against newly-promoted Gosport, a performance the summer signing from Ebbsfleet was delighted about:

“It’s always good to get off to a good start and an early win, and more importantly it settles the nerves. There are a lot more games to play, but our aim this season is to take it one game at a time. With that in mind, it was a great win away from home.”

Mitch Walker made an important save in injury time to deny Gosport a late equaliser, and Stone has full confidence in the England C international: “Mitch is a great goalkeeper and we know he can make saves like that. Full credit to our defence too, they were all outstanding and I felt confident in them behind me.”

*Q1*One thing which the side arguably lacked in recent squads was a sense of unity, something which Stone feels is present in the current squad: “I think togetherness is massive and I believe it can be the difference in the end for the sides that get promoted.

“Looking at previous promoted sides – Welling, Braintree, and when I was at Ebbsfleet – they were all together, well-organised and all singing from the same hymn sheet. Chris has installed that this year. Our squad is a good, tight unit.”

Being given the captain’s armband by Chris Kinnear is something Stone is relishing: “I love having that responsibility. Dover are a big club and to be their captain is a massive honour. I believe I conduct myself in the right manner both on and off the field, and have a good relationship with the lads.”

Stone’s arrival at the club was followed by the signings of Liam Bellamy, Nathan Elder and Ashley Carew, all of which he played with whilst at rivals Ebbsfleet United.

*Lpic1*Commenting on the positivity that this familiarity brings, he said: “They are all very good players. Liam has been unlucky with his injury during pre-season, but he is a hard worker and isn’t far away now.

“Ashley and I work really well together in midfield, we grew up playing together at Gillingham and we get on really well off the pitch which helps also.

“Nathan is very similar to Ash. I played with him at Brentford and we’ve known each other a long time now, and we are great friends. The impact from all of them this season will be massive.”

Stone is delighted with the reaction of the fans: “They have been very warm and welcoming to me, I have had some nice messages via Twitter.

“At the Gosport game the fans were amazing, always singing and making a lot of noise. I’m sure for the rest of the season they are going be even more vocal and they will be fully behind us whether it’s at home or away, on a Saturday afternoon or a cold Tuesday night!”