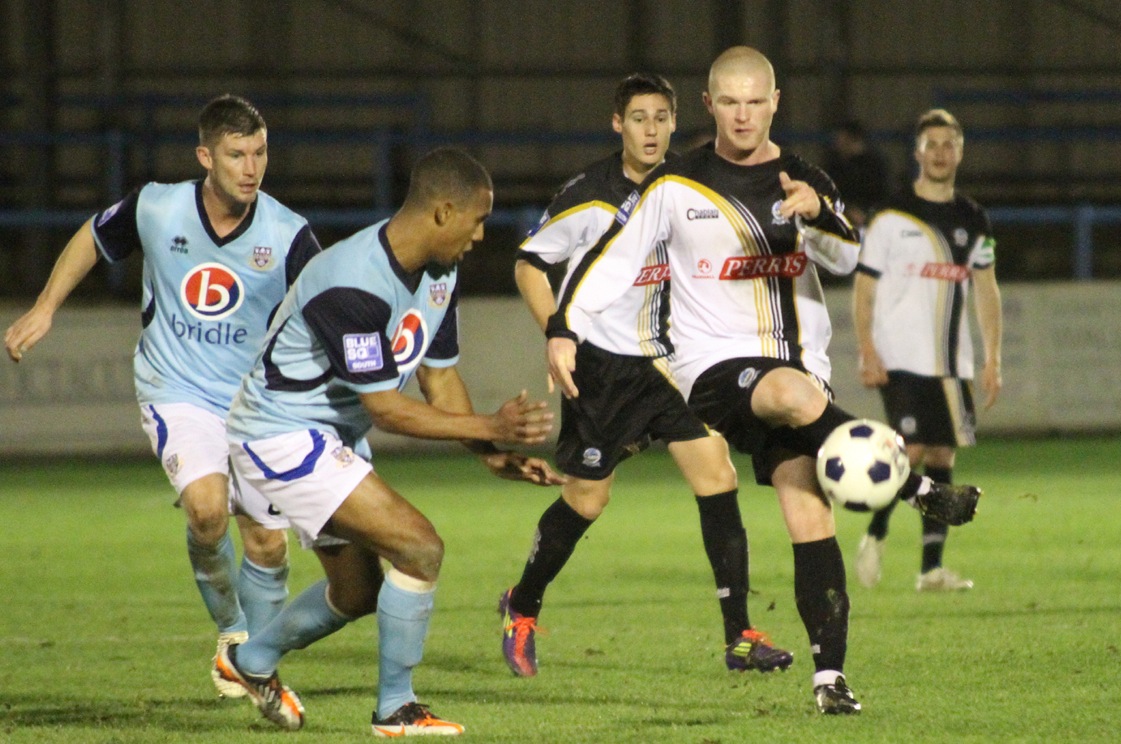 *BS*Front man Terry Dixon has explained that the support he has received from both players and staff at the club was a crucial factor in his decision to extend his contract.*BF*

At the end of last week the ex Spurs and West Ham striker penned a deal to keep him at Crabble until May 2013, the longest time he has pledged to any club since his spell with the Hammers.

Dixon joined the Whites in December on a short-term deal from League Two Bradford City, and the club made an immediate impression on him.

Terry said: “The best thing about the club is that it’s just so professional, I mean we have a laugh but when it’s time to work we get on and get it done.”

However the stand out feature for Terry was the encouragement he received from Nicky Forster and his assistant Steve Brown.

He explained: “The Gaffer and ‘Browny’ just give me so much confidence which really helps me to express myself on the pitch.”

This is something which he says he hasn’t experienced since his days at Tottenham and is now keen to pay Forster back for the faith he has placed in him.

*Ppic1*Having such high levels of support is vital to Dixon, who hasn’t had the easiest of footballing careers.

He has had to fight back from a number of severe knee injuries which have at times even threatened his career. He recalled: “My third operation at Tottenham was the most serious. After the op I was told that I’d never play football again.”

Having put all of that behind him he admits that now he’s just eager to play football. The 22 year old, who has scored European Championship goals for Ireland at under 17 level, believes that his strengths lie in his link up play but still wants to bag at least ten goals before the end of the season.

In addition to this he maintains that reaching the play-offs is still a very real prospect for the club: “We’ve got the mentality that we just need to keep winning and I think we’re playing some of the best football in the league at the moment.”