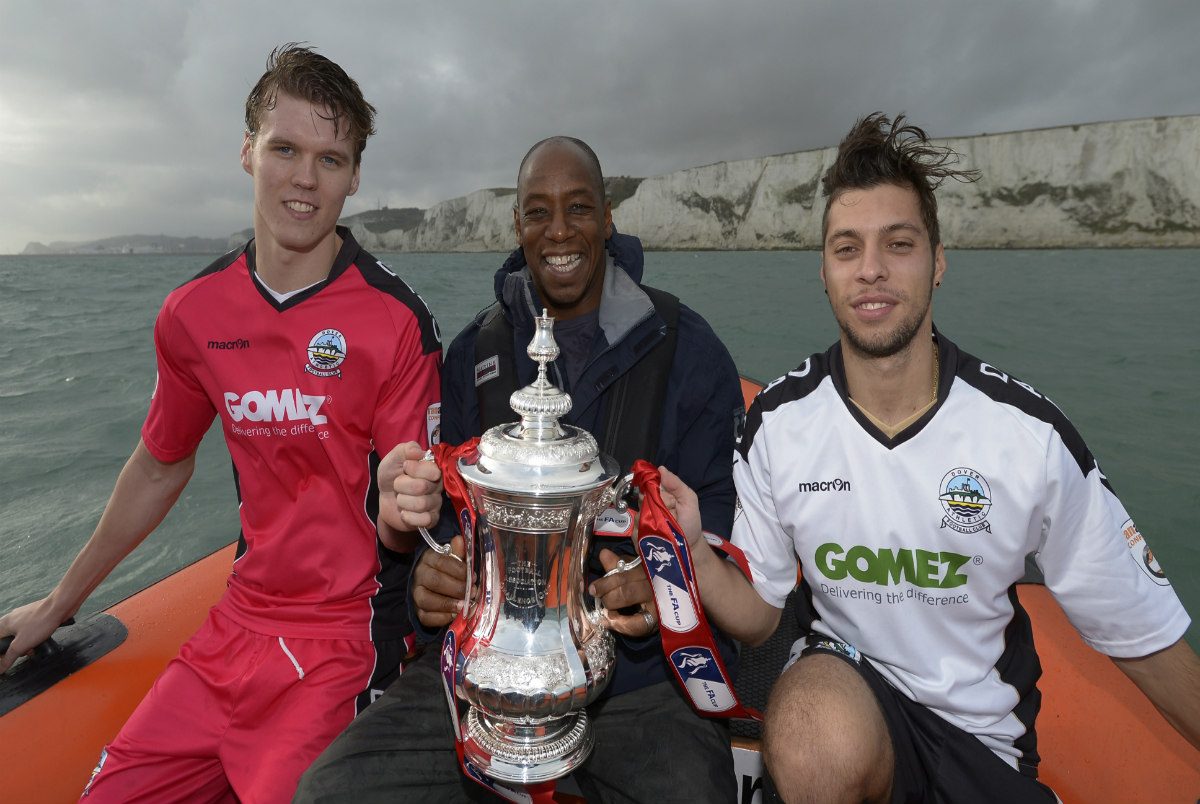 *BS*England and Arsenal legend Ian Wright decided to take a boat to Wembley to feature the Mighty Whites in the latest part of his FA Cup series in The Sun newspaper.*BF*

Wrighty came down to the town for a a couple of pints of Guinness and fish and chips with chairman Jim Parmenter, media director Steve Parmenter and players Christian Nanetti and Sean Raggett.

Also as part of the double-page spread in the newspaper, they visited Chris Kinnear at his school in East London.

The Sun also shot a mini FA Cup documentary which can be viewed exclusively on their website.

Football writer Justin Allen organised the feature and said: “It is very apt for Ian to visit Dover. After all, we can run the headline “The Wright Cliffs of Dover!”

But, on a serious note, this is great coverage for our club and we face a very difficult game at Eastbourne. We are always happy to champion non-league football in the national Press.

Wrighty told doverathletic.com: “It was a great experience for me to come down to Dover. It is such a well-run club and sensibly done too.

“I played non-league and built so many friendships. This journey has reconnected me with what is real in football – and it’s teams like Dover and my former club Greenwich and Ten Em Bee.

“Thank you everyone for making me feel welcome.”