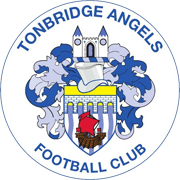 Dover continue their terrible record on artificial pitches with defeat in Tonbridge.

On a crisp night in Tonbridge it was the hosts who burst out of the traps the quickest. With just seven minutes on the clock Joe Turner scored to round off a neat move down Dover’s left hand side. The ball was won back in the midfield for Angels by Gard before a slide rule pass cut through Dover’s defence and Turner was in the middle waiting for the delivery which was straight into his path. The Angels midfielder took one touch, steadied himself and fired past Stuart Nelson in the Dover goal.

It could have been even worse for the Whites had Nelson not made a smart save in the third minute down to his near post. Dover looked to regain their composure after the early set back and began to string some neat passes together until the impressive Turner picked up a loose ball and sprinted down the right flank before bending in a superb cross for Jordan Greenidge to swoop down and header home. All of a sudden Mitch Brundle’s men had a mountain to climb after only fifteen minutes.

Dover’s first real chance of the game came in the 27th minute when Noah Carney dispossessed the Angels back line just inside his own half, driving towards the opposition goal and with just one defender to beat, found his shot block by the covering full back when it looked like he had already done the hard work. It was a positive sign for the Whites as Tonbridge had seemingly backed off to allow the away side to start to dominate possession with Jordan Higgs and Lee Martin getting on the ball and trying to make things happen.

Higgs was at the centre of it again, this time the saviour, clearing off his own line just moments before half time with Nelson well beaten. Heading in 2-0 down was going to be a slightly easier team talk for Brundle than 3-0 but nevertheless the gaffer’s first Vanarama South half time was going to need to be rousing one.

The second half started in a similar fashion to the first with the hosts nearly catching Dover cold with a rasping shot by Gard that just sailed over the crossbar. Myles Judd then took things into his own hands, bursting into the Angels penalty area and what looked like a simple ball back across the six yard box was instead fired into the side netting. It was a real sliding doors moment and would prove a costly decision as just seconds later Greenidge rounded Nelson to score his second of the night and Tonbridge Angels third.

With a flurry of substitutions made by both sides, Dover looked to get back into the tie. A neat cross by Alfie Paxman was headed straight into the hands of Henley by Martin but it was bread and butter for the home goalkeeper. At the other end, Nelson was again called into action when substitute Wood tried to beat the Dover custodian with the outside of his boot but the stopper was equal to it and pushed it away for a corner.

The gaffers philosophy with the team was clear to see with a possession based approach from Dover, who held the lion share of the ball in the second period but it was in the final third that the ball needed to be looked after and with the Whites trying to squeeze the game, Tonbridge, who were now playing on the counter attack, broke through the defence and in the final minute put the tie to bed with a neat finish by Wood.

The referee then signalled that the game was over and the home side had run out comfortable winners. A 4-0 defeat is not ideal but Rome wasn’t built in a day and we go again at the weekend when we travel to Hemel Hempstead. Better go and grab those shovels, lads.