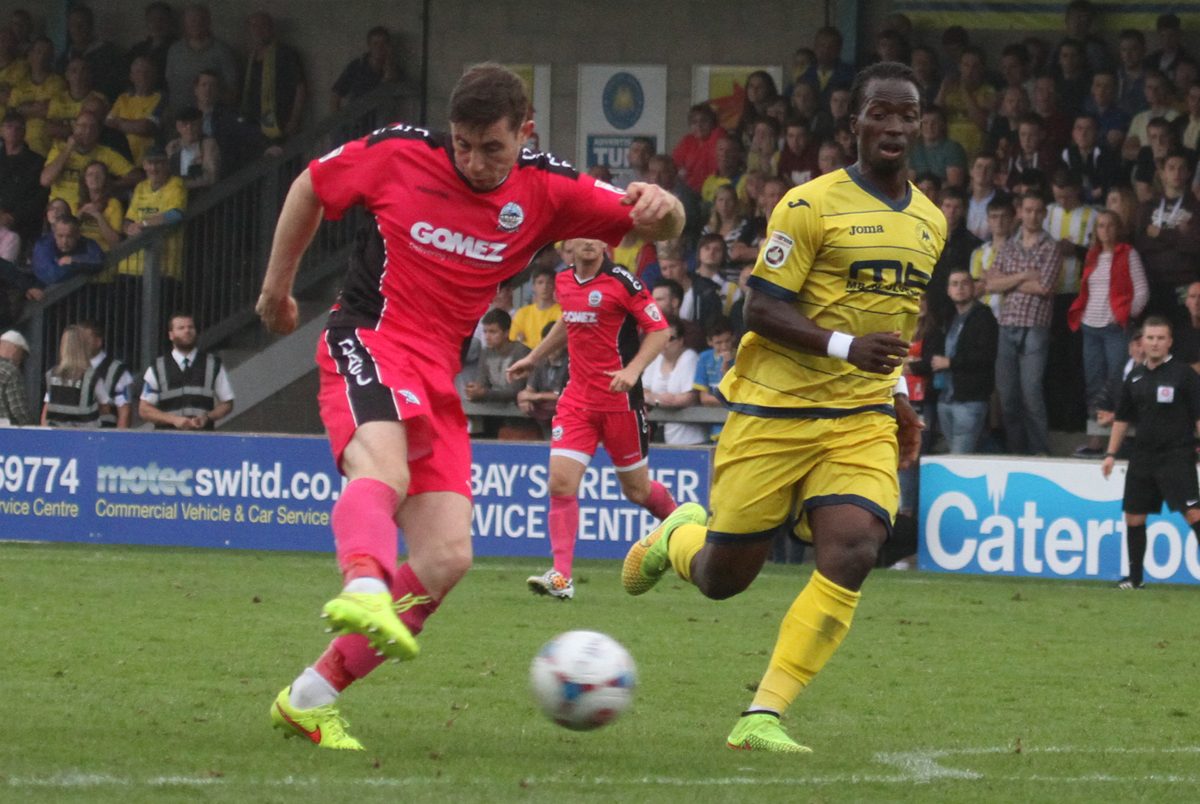 *BS*Dover Athletic fell to their fourth consecutive Vanarama Conference Premier defeat at the hands of Torquay United but it could have been a different story had Ricky Miller not missed an open goal for Whites.*BF*

Aaron Downes headed the hosts in front before Connor Essam turned into his own net to give the high-flying Gulls their sixth victory on the bounce.

But just ten minutes before Torquay’s second goal, Miller spurned a golden opportunity for Dover after superbly rounding keeper Martin Rice but sidefooted his effort over with an empty net at mercy.

The defeat sees Whites – who were well supported by the excellent 96 away fans who made the 600-mile round trip to the Launa Windows Stadium – fall to 23rd in the latest league standings.