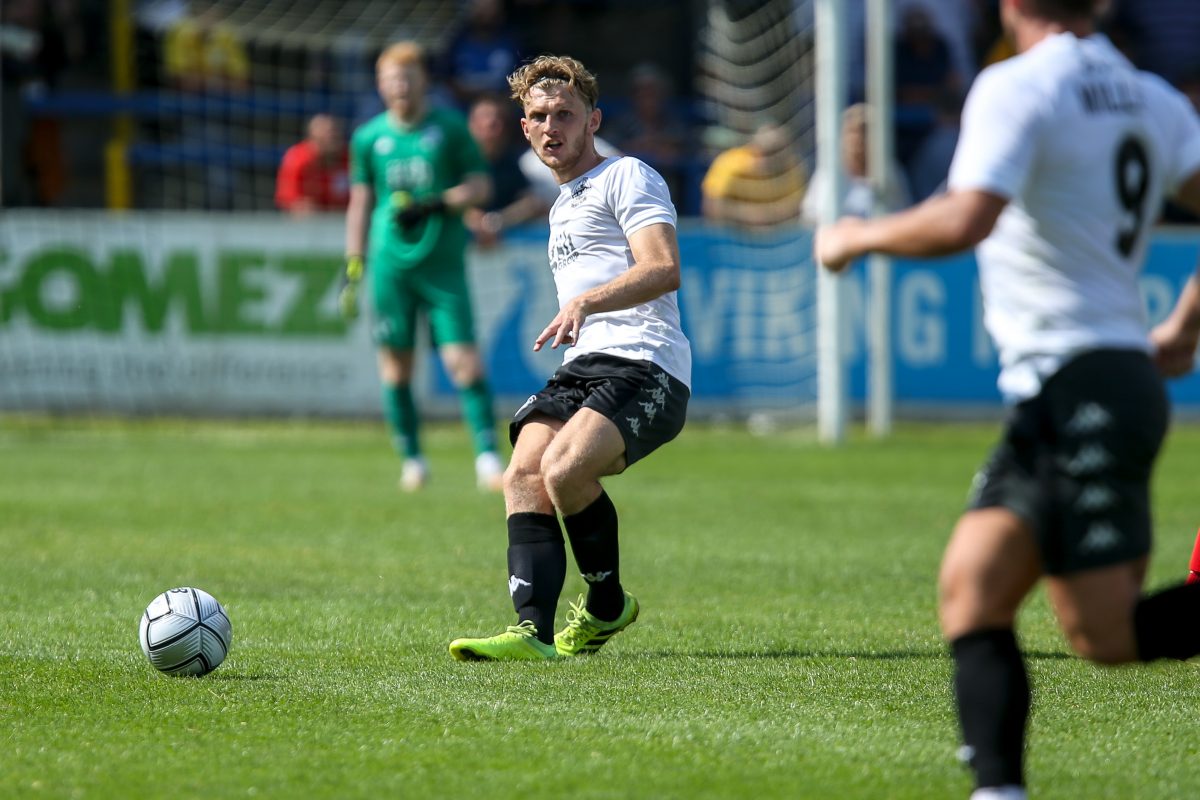 Dover Athletic is delighted to announce the signing of Danny Collinge after the former Colchester United centre-back impressed whilst on trial with us.

The 23-year-old played in our opening pre-season friendly against Ashford United and scored our first goal in the 2-1 win against Folkestone Invicta at Crabble last Saturday.

Collinge came up through the ranks at MK Dons and amassed more than 30 caps for England at Under-16, U17, and U18 levels, including playing in the U17 World Cup in 2015.

Our new number 23 was in the same England Under-17 and U18 teams as Premier League stars, Liverpool’s Trent Alexander-Arnold and Everton’s Tom Davies.

Collinge signed for League Two Colchester in June 2019 following a five-year stay in Germany where he was with VfB Stuttgart, playing for their under-19 and second teams.

He was a free agent after being released earlier this summer.

Welcome to the club, Danny!

If you would like to sponsor Danny’s playing shirts for the 2021/22 season then please contact our Sponsor Relations Manager Richard Harvey at richard.harvey@doverathletic.com