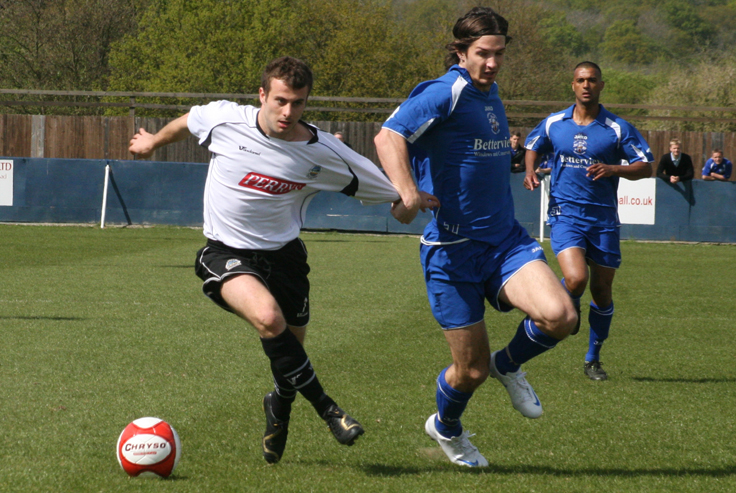 *BS*JON WALLIS and Lee Browning – who have enjoyed excellent seasons for the Whites – are eyeing another great year after today signing new contracts.

*BF*That now means Andy Hessenthaler, if he includes himself, as 11 players signed up for the new season.

Wallis and Browning put pen to paper at Crabble, joining Matt Fish, James Rogers, Sam Gore and John Keister in deciding to stay for another season.

Chairman Jim Parmenter said: “Jon and Lee have had good seasons and we’re thrilled they want to stay.

“We’re hoping the rest will follow soon – and that we have some new signings too. These are exciting times at Dover Athletic.”